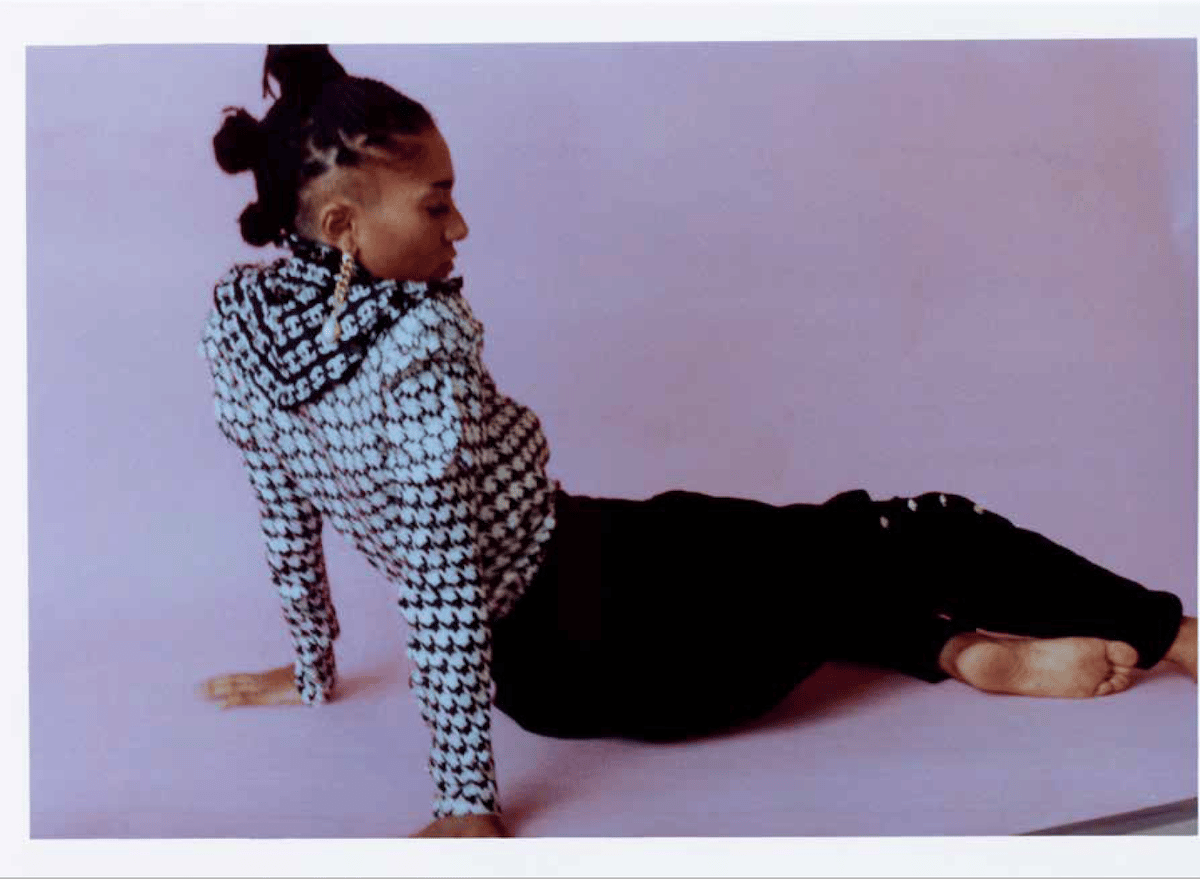 The singer, actress and producer LARY has been a creative powerhouse, who has enthralled an audience far beyond her hometown of Berlin with her songs and screen presence as an actress. In the lyrics to her new song TAXI, she brilliantly captures the feeling of living in the moment. The lines feel very familiar to those who love to get lost in the night to temporarily find ease from a world that feels like an ongoing crisis.

Numero Berlin: Your Instagram bio reads: “Sie war stets bemüht” (“She did always try”), which in German recommendation letter code means that someone wasn’t good enough. What made you choose that phrase? Are you joking? Or can you relate to the sentiment of it?

Lary: In German, the whole sentence has a double meaning that is attached to a context, that’s why I chose it. I like when things can be read in more than one way, nothing and nobody is just one thing.

NB: You just released the new single “Taxi.” What inspired you to write the lyrics?

L: “Taxi” is about the power of the in between and being in the now, like that moment in the cab at night in between two destinations, when the night holds the potential of whatever you want to make it. It’s an invitation to just roll with it.

NB: Who do you empathize with when you are writing lyrics? Do you start with your own feelings, or do you put yourself in other’s shoes and try to empathize with and observe people around you?

L: Songwriting to me used to be much like writing in a diary, but lately I’ve been trying to detach from the idea that a song has to reflect everything I am in every detail. When I started writing again after the last album, I realized that it’s very caging to force an emotion onto whatever spark of creativity there is. So, now I am really just going with the flow while trying to stay as close to my core as possible. It mostly starts with me personally relating to something, but then gradually evolves in whatever direction.

NB: Writing music and performing it begs social engagement with others, right? Live streams just don’t replace it. How did you cope with the corona situation?

L: It’s tough. Apart from the fact that not being able to perform affects me financially, it also affects me mentally. I really miss that kind of outlet and exchange.

NB: Did you find it freeing when the BLM movement started to gain global traction?

NB: In how far do you think that the racism in the US is different and in how far is it comparable to Germany, in your experience?

L: Experiencing it as an outsider, it seems to me that if you’re born American, white or black, you’re born with a heart that’s already broken, that leaves you spending half of your life trying to make it whole again. Germany has a different history, and though of course being Black brings a shared set of experiences in some regards, I still think that you can’t compare one Black person’s experience with another one’s simply based on the fact that we share the experience of not being White. I would say it’s far more complex than that.

That said, I grew up in Germany, which is and was at the time even more so a predominantly white country. In my experience, the type of racism I mostly come across in Germany is much less on the surface than the type Black people experience in America. We don’t get shot on the street for no reason in Germany. Still, racism is, at its core, a systematic issue and that counts for every country, no matter what the symptoms look like.

NB: The overall mood in the media, especially social media, has become pretty intense. Because of the political situation, Trump’s America. In how far does that effect you?

L: I would not say that it’s just Trump’s America that makes the situation intense. From a more Eurocentric perspective, there are a lot of other issues. It’s the sum of it all, and I am learning to pull myself out of it now and then, in order to stay healthy. But I think it’s important and necessary to have all those conversations and perspectives rather than looking at selfies (of people that only fit into one idea of beauty) all day.

NB: Which moments with music are most fulfilling to you? Writing a song, experiencing how it takes shape? Performing it in front of a crowd? Or completely other situations I didn’t mention?

L: Tough one, I never thought about this. I guess for me it is the physical and emotional experience of singing itself. To sing a song, to taste the melody on your lips, the notes in your throat, head, and sometimes in your whole body. To be able to express a feeling beyond the often so limited means of language is a very cathartic experience.

NB: You are also acting. How did that come about? Was it easy for you to learn? Are there similarities to being a performing music artist?

L: I naturally gravitate towards acting, but never felt like I had the chance or mindspace to really get into it and be respectful of the craft as I was quite caught up in making music and living that. Now, I’ve only just begun my journey with acting and still have everything to learn. I do think, though, that all art forms of making art are somehow intertwined, it’s usually the business or logistical part around it that’s different.

L: I naturally gravitate towards acting, but never felt like I had the chance or mindspace to really get into it and be respectful of the craft as I was quite caught up in making music and living that. Now, I’ve only just begun my journey with acting and still have everything to learn. I do think, though, that all art forms of making art are somehow intertwined, it’s usually the business or logistical part around it that’s different.

NB: Do you know instantly when something fits? A melody, lyrics, or a role that is offered to you?

L: No. I do know instantly when it doesn’t, though.

NB: What does fashion and clothing mean to you? Do you have an early memory, when you noticed the power of dressing a certain way?

L: I think fashion is a brilliant thing, it allows another layer of expressing ourselves, to talk without even saying a word. I love that about fashion, how it can create its own independent picture. To me, personally, it’s a mood thing. I like to make clothes my own, to combine different styles, so that the whole picture somewhat reflects who I am. Who I am on that day, at least. 🙂

NB: What is your relationship to Chanel and the style of the house? How far does it appeal to you?

L: I love how a Chanel piece just fits with literally everything and can also elevate a whole look. You can take it completely out of its context and create something new, but it will still say Chanel. I like that strong sense of identity.

NB: Fashion is a great way to experiment and express one’s identity. When was the last time you consciously changed your style and appearance because the world around you and within you changed?

L: I can’t recall any recent desire to reinvent myself in that way, so I guess it’s more of an unconscious thing with me these days. But I do remember the feeling of drastically wanting to change the way I dress and wear my hair in my early twenties, when I was starting to be more in tune with black culture after growing up in Germany, which was predominantly a white country at the time.

NB: What is the positive that could come out of this multifaceted current crisis? What do you look most forward to? Where do you see change and hope?

L: I think we have been in crisis for quite some time and will be for quite some time longer. There is so much to learn and it feels like we’ve only just begun to be honest about so many things that are crucial to the core of who we are as humanity, who we want to be, and where we are going. I think crisis is the new normal.

This feature was taken from our Kreativität Issue, FW 2020/21 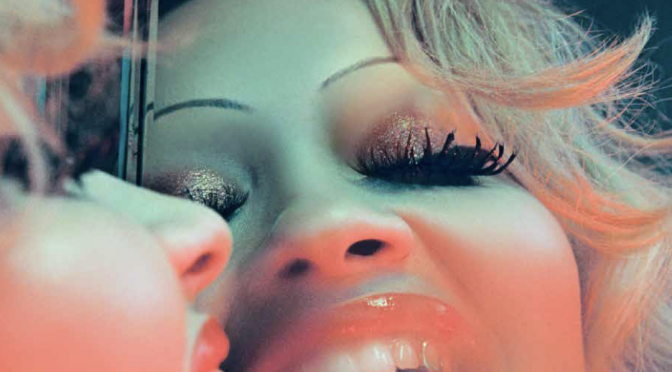 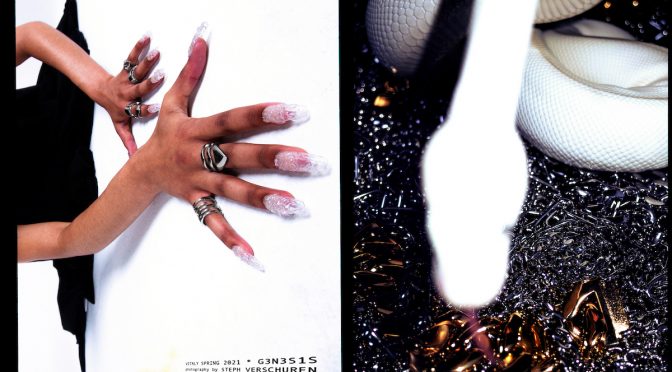