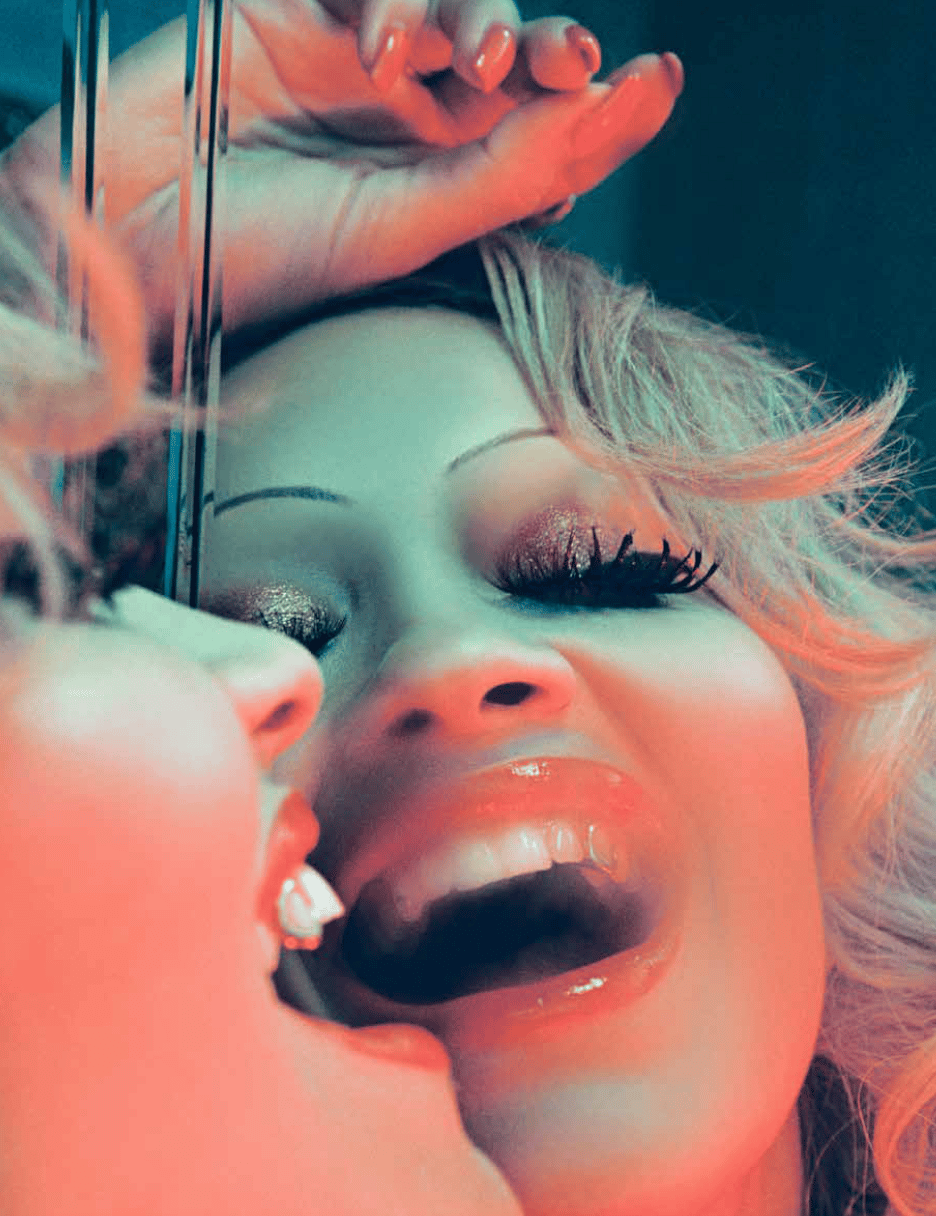 Rita Ora is a woman on a mission. The hitmaker has managed to gather herself an army of fans and admirers alike, from all over, due to undeniable star quality. Launching her career at the tender age of 14, Ora was catapulted to the dizzying heights of fame from a very early age. Though she is very humble, she is also very focused on what she wants. Aside from her determination to achieve her dreams, Rita still likes to see the fun side of her job: “The best thing about what I do is that you just have to have fun with it.”

Hailing from a war-torn country, Ora and her family fled from Pristina, Yugoslavia (present-day Kosovo) to London, where she was exposed to all the melting pot of pop culture the city had to offer. Since then, she has been able to explore her different talents, from TV (The Masked Singer UK) to acting (she will star as Dodge in the upcoming film Twist) and fashion (her new shoe line was just launched via ShoeDazzle). Her main focus is music, the talent that got her to top of the charts and a lot of fans! When asked about her upcoming music, Ora described it as, “Not sort of album-based, it’s gonna be so exciting and I can’t wait for you all to hear it!” It just shows that Ora has the talent and skills to keep reinventing her key qualities to keep her fans’ appetites quenched.

Numéro Berlin spoke with Rita Ora about her childhood in London, being a UNICEF ambassador, and what it means to be a 360 performer.

Numéro Berlin: Growing up, how would you describe your early memories of music?

Rita Ora: Well, for me, growing up was all about music. My parents would always have me entertaining in front of the TV, or if it was Christmas or for someone’s birthday. My dad had a really big vinyl collection. I would always be educated with so many sounds and artists. I think my parents really helped me understand how broad music is and of all the times and different eras and artists, etc.

N.B.: Did your parents’ Albanian roots and their taste in music have an influence on you?

R.O.: So, again, my parents were very open to different tastes and styles of music, which really made me feel like I could do anything. You know, growing up in London, I think that was a big part of expressing my creativity, seeing all the different ethnicities and being able to come out of my comfort zone. I made incredible friends that work in photography or fashion. And where I grew up in Portobello Market, West London, it was just full of artists and musicians. It was really inspiring.

N.B.: What has been the defining moment of your career so far?

R.O.: For me, the defining moment is sustaining my career. Being able to still sit here today, take incredible photos, be able to talk about my career 10 years on. I think that’s a big achievement for artists. Some artists, unfortunately, don’t have a long career. And to be able to sustain something for me and have the next chapter of my life and still be in the business is really amazing.

N.B.: How do you feel the music industry has changed in relation to gender equality and representation of minorities since you began?

R.O.: We as women are fighting every day to have equal pay, to have an equal voice, to be able to not be judged, to express our femininity in a way where it doesn’t undermine our power. Those are things that we fight for every day. Gender equality is something that I stand for. I’m very passionate about it. I stand by equal rights, I stand by freedom of speech, and I stand by women having a boss attitude.

N.B.: What have you learned throughout your time working in the music industry?

I’ve learned a lot about being able to take things in, and moving on to do the next thing, and it’s never too late. I’ve just learned about patience and being grateful for everything and to keep going. If I had to give my younger self advice, I would probably say: Relax. Everything’s going to be fine. Chill out.

N.B.: Any advice that has stuck with you during your career?

Beyonce told me: “Just focus on yourself. Focus on what you’re doing. Don’t get sidetracked. Look at your lane, and your lane only. And you will win.” I think that’s very true.There’s something very pure in that. You know, you’ve got to be able to not get distracted and really focus on what you are and what you’re achieving. People are going to love and respect that because it’s you.

N.B.: Fashion is an outlet for many to put on a costume and play a role, express themselves. What sparks your interest in fashion?

R.O.: I think for me, it’s being able to express myself. Being a character, getting into an amazing role and having fun with it, you know. Aside from show business, I’ve always wanted to express myself in any way I want. It’s another way of being an artist. And for me, fashion is a world that I feel so comfortable in. I have some amazing friends in the fashion industry who are just so legendary. I learned so much from them. It’s so inspiring to be a part of the world and to wear all these incredible, amazing clothes.I’d love to one day to do my own line. Definitely.

N.B.: Aside from your show business endeavors, in 2019 you were appointed as a UNICEF UK Ambassador. How important is it for you to take on this role?

Being a UNICEF ambassador is probably one of the highlights of my career, because it stands for exactly what I believe in, helping the kids of the world, immigrants, refugees. I am a proud refugee from Kosovo who migrated to the UK.It’s a very important role for me to not only inspire, but be able to just give any sort of help that I can. I really see that supporting UNICEF is something that really does make a difference.

N.B.: Did studying at theater school influence your approach to the work you take on today? How?

For me, theater school was just how to be great. You know, my influence was always how I viewed things and how my parents would listen to music and dancing in the living room. I was never told: “This is what you have to do,” “This is what you have to sound like.” I’ve grown into such a 360 performer, an artist, you know – TV, music, film. For me, music has always been my escape. I’ve always loved making pop music and I love bringing my soul into it. That was it, really.

N.B.: How do you decide which endeavors you wish to collaborate and work on?

R.O.: To me, everything comes from the feeling and the mood. Mood is a big part of this. I do everything based on mood. It has to have that feeling of freedom and authenticity. I would never do anything that my fans wouldn’t believe I would actually do, especially during a pandemic.

N.B.: During the pandemic, many have had to seclude themselves. It’s also given an opportunity to find a creative spirit; what has this period of confinement taught you?

N.B.: What have been the creative challenges you’ve faced over the past months?

You know, I think that the only challenges that I faced over the past few months creatively was trying to get my musicians in the studio and doing things like how I’m used to doing everything live. And, obviously, we had to do it over the computers. And I just really wanted that feeling of my team back together. You know, I did a lot. I learned a lot how to record on a laptop myself.

N.B. What inspires you creatively?

Seeing things that are unusual, watching people create things that are risky. For example, designers doing clothing lines that they wouldn’t usually do. A friend of mine, Kim Jones, doing his women’s collection with Fendi – for me, that was so inspiring! He’s done so many men’s collections and to be able to do women’s is going to be really revolutionary. People like that really inspire me.

The singer, actress and producer LARY has been a creative powerhouse, who has enthralled an audience far beyond her … 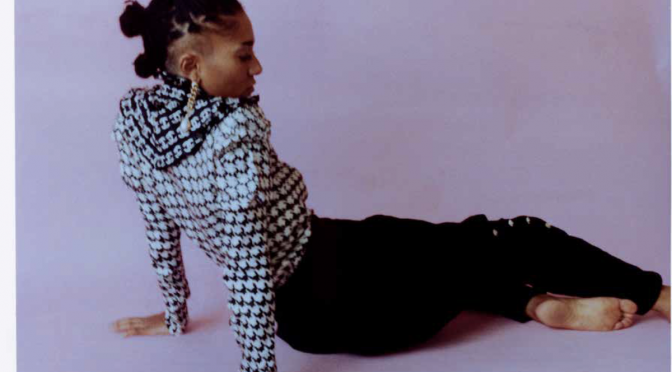 The singer, actress and producer LARY has been a creative powerhouse, who has enthralled an audience far beyond her …