With 2020 being what is was, no one was shocked when the MET Gala got in line with a whole array of events that were not happening due to the pandemic. What WAS shocking however was the MET’s announcement on Monday that “fashion’s biggest night out,” will now return onto this years’ social calendar – at least from a German perspective. While Berlin has been in lockdown for almost a year and politicians are wildly debating a 9 pm curfew, the US has been quick in vaccinating the majority of the people which  – Thank God! – enabled Anna Wintour and Andrew Bolton, curator in charge of the Costume Institute of the Metropolitan Museum of Art, to sit down and plan not one, but TWO Met Galas dedicated to American fashion.

Different than usual, this year’s Gala won’t be happening in May (since that would be a little too optimistic). Instead, the event is taking place on September 13th as the closing event of New York fashion week. The Costume Institute’s next major exhibition will be a two part show on view from September 18, 2021 through September 5, 2022 (hence two Galas). Part One „In America: A Lexicon of Fashion“ opens in the Anna Wintour Costume Center in September and celebrates the institute’s 75th anniversary. The first half of the exhibition explores a modern vocabulary of American fashion. Part Two „In America: An Anthology of Fashion“ will open in May next year in the American Wing and explore the development of American fashion throughout different historical periods.

For the first round of „In America: A Lexicon of Fashion“ an imaginary American home will be constructed of transparent walls that intersect and overlap, blurring the boundaries of the interior rooms that will each be populated with examples of 20th- and 21st century American fashion and each represent a different emotion. “So for the porch, which is warmth,” explained Bolton to Vogue, “the idea would be to have perhaps Bonnie Cashin’s blanket coat that we pair with André Walker’s coat made from Hudson Bay blankets. In the garden, which is joy, the idea is to have a Mainbocher printed floral dress with the Oscar de la Renta dress that Taylor Swift wore to the Grammys.”

Part two „In America: An Anthology of Fashion“ will feature women’s and men’s historical and contemporary dress dating from the 18th century to the present in vignettes installed in select period rooms. The interiors will show 300 years of American domestic life and offers different narratives on political, stylistic, cultural, aesthetic and ideological matters. Three-dimensional cinematic „freeze frames“ will be involved. The mise-en-scènes will explore the role of dress in shaping American identity and address the complex and layered histories of the rooms. There will be American Sportswear ´defined through the work of Claire McCardell. In a 19th-century parlor from Richmond, Virginia, one will find intricate designs by Fannie Criss as a representative of the turn of the 20th century. John Vanderlyn’s panoramic 1819 mural of Versailles will set the stage for a re-creation of the historic 1973 “Battle of Versailles” that pitted American designers against their French counterparts. In a 20th-century living room designed by Frank Lloyd Wright the architectural gowns of Charles James will be highlighted. And so the works of American apparel will be tracked from 1670 to 1915.

At first, the topic of American fashion might not be the most obvious choice, considering that the MET Gala is traditionally surrounded by glitzy extravagance while American fashion with its tendency towards sportswear is rather associated with utility, functionality and pragmatism. Some even declared the American fashion to be dead, pointing out the sickly state of the digital New York Fashion Week and its lack of big names. Andrew Bolton strongly disagrees, believing in a renaissance of American fashion with young designers being on the vanguard of discussions around diversity, inclusion, sustainability and conscious creativity much more so than their European counterparts. “I think that the emphasis on conscious creativity was really consolidated during the pandemic and the social justice movements,” Bolton said. “And I’ve been really impressed by American designers’ responses to the social and political climate, particularly around issues of body inclusivity and gender fluidity, and I’m just finding their work very, very self-reflective.”

After a year of social outcries, a nerve wracking pandemic and a presidential change, an exhibition around the question of what is the American identity might just be what the doctor ordered. Now there is hoping that covid restrictions will ease and attendees will get to enjoy a glamorous and safe event. We can’t wait for the all American Extravaganza! 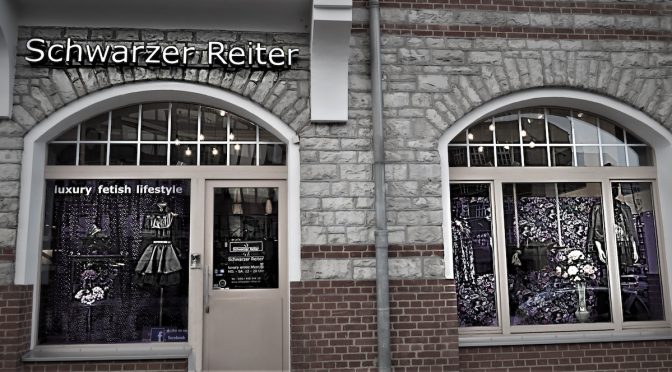 We Spoke To One of Berlin’s Finest Fetish Stores