The Hype around Hyperpop

This is a story about artists from small cities that create (wonderfully) weird songs out of their own bedrooms and a big company who seized the chance to give them a platform. How a small playlist grew into a huge thing.

If you aren’t yet familiar with hyperpop, just imagine what 2020 would sound like if you put it into a song. We are talking layered and distorted voices, glitchy and unpolished beats, Auto-Tuned earworm hooks, squealing melodies and lyrics that don’t necessarily need to make any sense and more often than not come as online rap. Music, that can be described as unsettling, but catchy enough to not wanting to turn it off.

The genre is a combination of electronic interventions with internet culture that explores new identities beyond the physical body. Artists sing in cyborgian voices and pick small-letter names, reminiscent of online messaging boards, presenting themselves as an intermediate between body and machine. Paired with a cheap-looking 3D aesthetic that takes us back to Myspace and Windows 95, the whole concept looks far from modern, but then again, of course, this is exactly why it does.

One of the scenes’ most famous artist is osquinn, who one night in 2019 got into an argument on Twitter and decided to write a song about it. The then 15-year old artist logged onto a server on Discord (a text, voice and video app popular among Gen Z) where she stumbled upon a glitchy beat by blackwinterwells, a vocalist and producer from Hamilton, Ontario, and recorded a song over it. A few days later, osquinn uploaded the song on SoundCloud and DistroKid. The tape, which is just over a minute long, was quickly listend to over a million times on Spotify and found it’s way on the company’s eponymous „Hyperpop“ playlist.

Osquinn’s success – and that of many other artists – can be traced to the streaming service’s playlist and a co-sign from 100 gecs, the experimental electronic duo of Laura Les and Dylan Brady who celebrated huge success in 2019 with their album „1000 gecs“ and took over the Hyperpop playlist as curators the same year. Which makes sense, since the group’s viral success lead to the creation of the playlist in the first place. “When we started it back in August 2019, we had seen a community growing online, and had earlier that year come across artists like Laura Les and Dylan Brady, who were making music like we had never heard before,” says Lizzy Szabo, senior editor at Spotify and lead curator of the playlist to New York Times.

Ever since, the playlist has been the engine for promoting and popularizing the term ‚hyperpop‘ (which Spotify came up with themselves). With 189.000 followers it is still relatively small, but has one of the highest save rates according to Szabo. What is even more important is that 80 per cent of its featured songs are independent releases that  benefit immensely from the playlist’s high engagement. “(The Spotify playlist) speaks much more to community than it does to genre,” explains Szabo in New York Times. “We really just want to spotlight as many new artists as we can and do justice to the cool things hyperpop artists and fans are doing. They’re very connected, and it’s a privilege to provide more space for them to have fun and be successful.”

But let’s step back here a little and find out where hyperpop is coming from. It all started in 2014 when the term was first used to describe the bonkers brand of electronic pop made by PC Music – the experimental collective and label founded by British producer and songwriter A.G. Cook. The label was known for their democratic approach, blurring the lines between home-made and professional studio production, showing that anyone can make music on their laptops and anyone could be a pop star. Cook’s ability to mix influences from nightmare, over K-pop to happy hardcore put the fun back into an otherwise ultra-serious scene of underground electronic music. But to say that one evolved from the other would be way too easy. “I never listened to PC Music until recently,” admits hyperpop artist glaive in Dazed.“Hyperpop is just a huge variety of music and people put under a single belt.”

Which brings us back to the question: How to define hyperpop? To really put a finger on the genre feels close to impossible, since the current generation of hyperpop artists draw on a whole array of stylistic elements. Szabo defines the genre as “essentially pop with elements of EDM, sometimes trap. It’s maximalist, synthy, surreal Auto-Tuned, experimental”, she says. “I think hyperpop has evolved to be a flexible enough term that I’m not as hesitant anymore to rep it at an arm’s length,” Laura Les adds. “It seems like it’s become more encompassing of many things.”

It will be interesting to see how the genre will evolve once it has been fully eaten up by the mainstream. 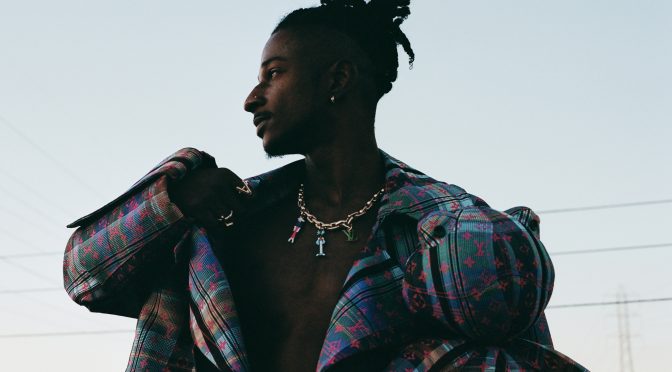 Hypnovisualized: a Dance with King Kayak in Louis Vuitton 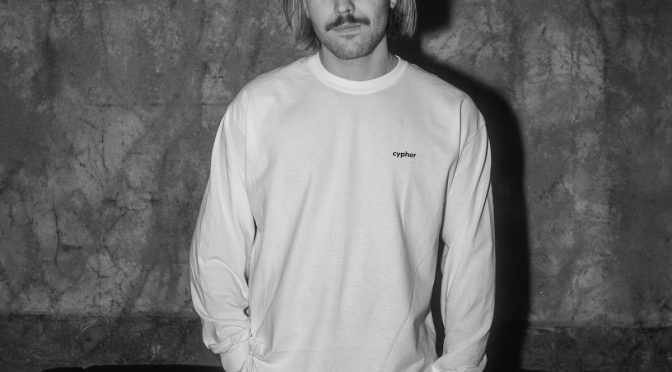