“All Paintings Are Painted, All Ideas Are Already Thought” – An Interview with SUSI POP

This interview is taken from the current Numéro Berlin Kreativität issue, which can be found in shops or ordered online here.

Deeply rooted in the Berlin art scene since the 80s, it is still a mystery who is behind the alias SUSI POP. Her “cover versions” of crucial moments, personalities or artworks in history defy the fetish of a creative originality, but acknowledge that art as well as culture in general is gradually built layer upon layer – by all of us. Consequently, SUSI POP never says I.

What qualifies an existing artwork, photo or personality to be interpreted by you?

Artworks and images which are worth being covered or interpreted should have an impact on our days. Maybe the content can be updated and seen in a new way. Maybe something happens which puts the artwork or image into a current, spectacular context. It is all about “revision” or Bildkritik (“image critique”).

What is the most recent example where an existing artwork sparked your interest in doing a “remix”?

The most recent work was Géricault’s “Raft of the Medusa” (1819). It was part of the show “What beauty is I know not,” curated by Kasper König, which took place at König Galerie in 2019. This huge painting (500×700 cm) shows a group of desperate, drowning people on a breaking raft who were abandoned by the crew of the Medusa. Between Europe and Africa on its way to the colonies, the ship crashed on a sandbank and had to be evacuated. Numerous people died.

Would you then say you “interpret” historic works with a contemporary angle?

“Interpretation” is ok. The use of just one color, magenta, could be seen as an interpretation. “Cover version” used for pop songs might be the better word.

In this issue, we are printing a work that interprets the crash of the TWA 800 flight from New York to Paris. It exploded briefly after the start and all passengers died. Officially, the reason for the crash was an electrical short circuit, but that has been questioned by conspiracy theorists and journalists. Why did you find this event interesting?

You name it. The uncertainty about what really happened. The attempt to reconstruct the airplane – in vain, of course. It remains a huge unfinished puzzle. The tragedy is about to be forgotten. Like Sleeping Beauty, the wreck will be covered by green floral ornaments. It is about remembrance and forgetting.

To be original, to create something unique and new, is something that is still almost romantically strived for – by artists and also collectors and the public, which seem to highly value this “genius” approach to art. Is this misguided?

There is a very early text “Kunst im Konjunktiv” describing SUSI POP’s attitude concerning “originality”: All paintings are painted, all ideas are already thought. It remains: The big magenta variation. (In German: Alle Bilder seien gemalt, alle Ideen gedacht. Was bleibe, sei: Die Große Rosa Variation.) The concept of a genius artist seems to be not only out of time, but anachronistic. It is not romantic; it is corny and embarrassing. This is why the public, collectors, the whole art business and even most of the artists are reactionary. SUSI POP never says I.

Sampling or appropriation has become a very common technique in the age of social media. Take, for example, memes. How do you see this development? Does it affect your approach to making art?

Sampling, memes and all this social media stuff does not really affect the art. It is “old wine in new bottles.” But, more importantly, social media can be a threat to political systems.

Also, the debate around the cultural technique of appropriation has become highly politicized. Most prominently, concerning whites appropriating or exploiting black cultural achievements (from braiding hair to music). What are the limits of appropriation? How can it be done “right”?

To view identity as something that is owned, as a property, is a terrible idea. On the other hand, there is a strong right and need to fight against exploiting cultural techniques of minorities and the oppressed. But what does exploitation mean? Building careers on it? Or make money with it? Depends on the attitude someone approaches the themes and content. There shouldn’t be a ban. But there is a right and a wrong, which has to be discussed case by case.

Your art, art in general, is about transforming something. Revealing a layer not seen yet or not seen enough by the public. Is there a specific undercurrent to our culture that you are aiming to reveal?

Reflection. Afterimage. The color magenta may take away brilliance, only to set free imagination. Similar to black and white. Magenta is a very strong color.

In how far? Is it the symbolic meaning or the particular intensity of the color?

At first sight, magenta seems to be a lovely color mistaken for pink, the cliché “girls” color. It’s a trap. Magenta is one of the CMYK colors. Indispensable. And it is aggressive, not lovely at all. (And someone might think about queerness.)

More broadly asked: Is there something you want to reveal to the spectator?

There is no intention to educate. All artworks are just an offer. It is up to the audience to look out for a Mehrwert (“added value”) or put it into the trash can. 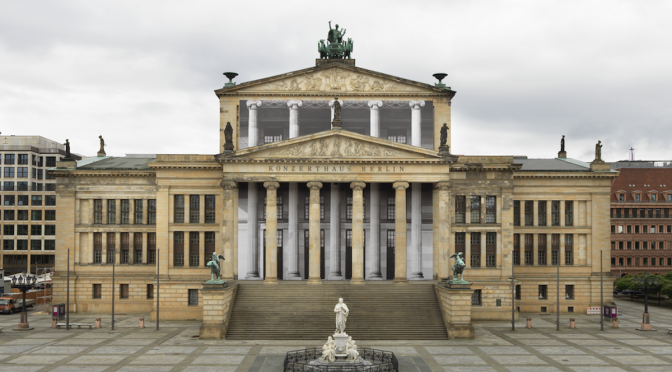 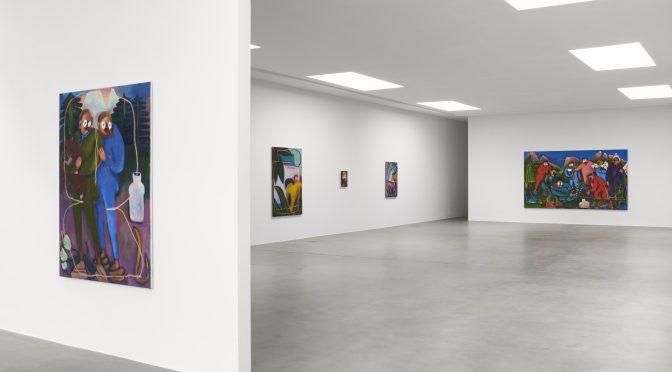