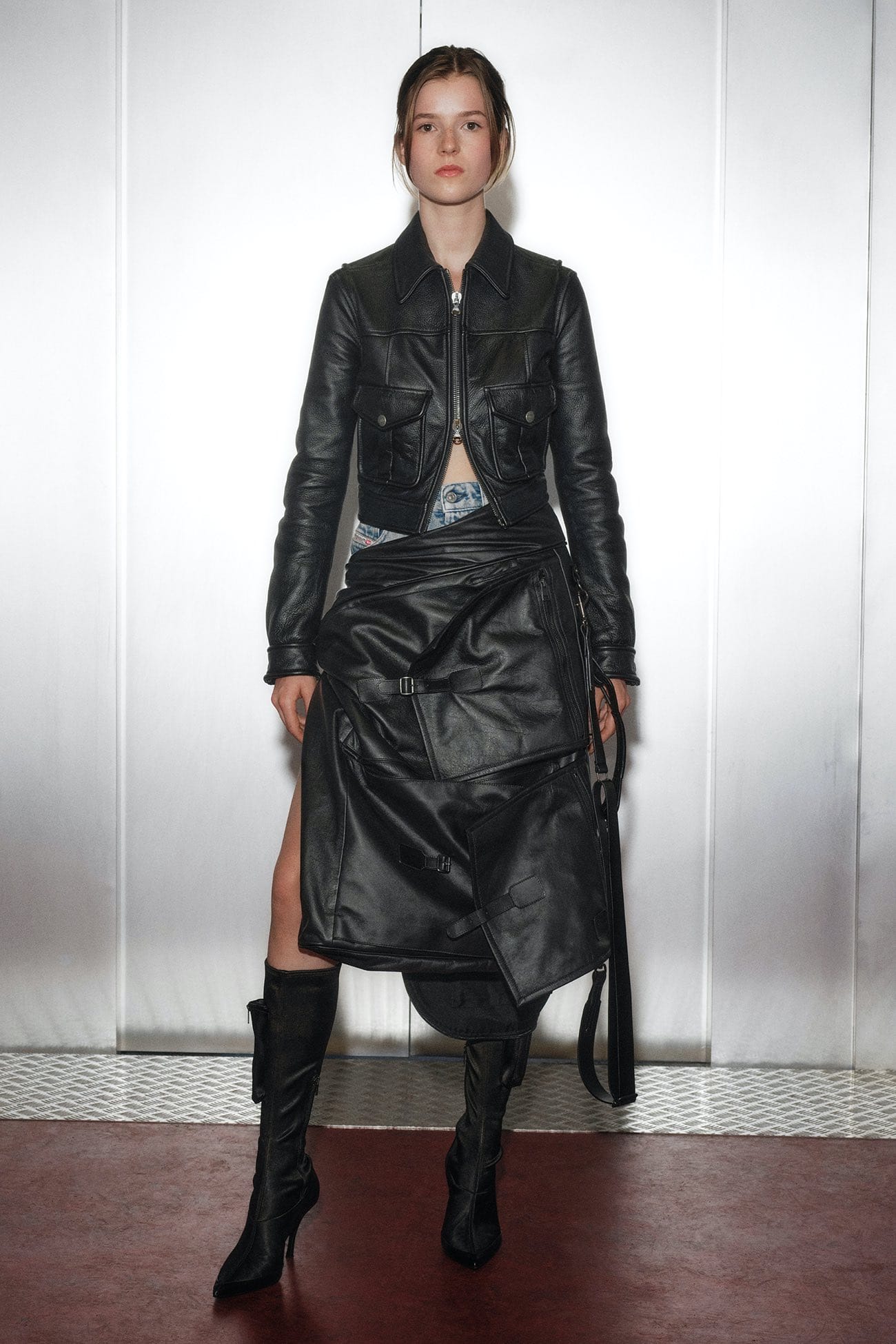 The last time DIESEL has been seen on runways is quite some time ago. But after a (long) break, the label finally returns to the Milan Menswear Fashion Week – with prominent reinforcement!
A lot is happening at DIESEL. In September the Italian streetwear-brand announced their new creative director: Glenn Martens. He’s been seen in the DIESEL cosmos before though: in 2018 Martens already designed an archive-inspired capsule collection for the iconic Italian brand. And now they showcased his debut-collection in position of creative director at the Milan Menswear Fashion Week. The presentation took the form of a short film created in collaboration with the artist and director Frank Lebon and accompanied by a unique soundtrack by British musician Leon Vynehall. The film blurs the lines between reality and a dream and displays a styling-aesthetic between 90s sportswear, cowboys and it-girl of the early 2000s.

The 37-year-old fashion designer started his career under the realm of Jean Paul Gaultier until he became Creative Director of Y/Project in 2013. Thanks to his avant-garde, modern style and his distinctive deconstructivist design approach, the Belgian enjoyed great success with his designs for the Parisian label. His design aesthetic for Y/Project has been leaning heavily towards the cerebral ever since: the clothes he presented were twisted, distorted, and deconstructed, often to the point where it became difficult to tell what type of garment they once were. DIESEL, by contrast, is largely associated with a straightforward Euro-sexiness: its low-rise, heavily-washed jeans combined with the playful, knowingly-trashy glamour of the early 00’s.

And the combination of Martens willingness to experiment and a well known denim heritage seems to work out just perfectly.  Key collection highlights include interwoven belts, which hold together t- shirts, tops and dresses, looping through cutouts in the garments. 5-pocket denim trousers with integrated boots are also a standout and feature various denim washes. They flow into sewn-in cowboy boots or pointed-toe booties. The collection also features reused deadstock DIESEL denim and additional upcycled jersey pieces are cut, sewn and dyed to create new jumpers and bombers.

Overall, the result reflects a bold and deeply thoughtful hybridization of DIESEL’s heritage and Martens’ high-concept approach to fashion design.
We can’t wait to see what’s next for this denim-dream-duo!

All Images: Courtesy of DIESEL

Everybody knows adidas and their iconic Superstar. The sneaker was first introduced over 50 years ago and has since … 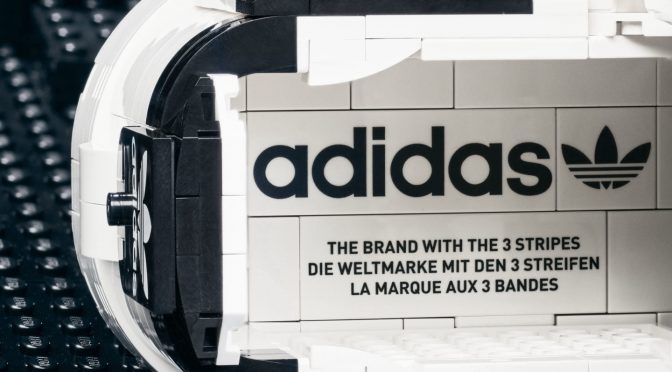 PLAYFUL YET WEARABLE - adidas meets the LEGO group once again

Everybody knows adidas and their iconic Superstar. The sneaker was first introduced over 50 years ago and has since …