Sex is and always has been a polarizing topic. A topic that you can’t talk about openly with everyone and a topic that (despite frequent shame) appears in so many facets of our lives – also in the fashion industry, by the way. And it is precisely for this reason that Numéro Berlin dedicated their latest issue “SEXXX“ to this topic. So, let’s talk about it – and more specifically, talk about sex (and the industry behind it) itself. And how Cheex, the newest kid on the block, pushes the entire business towards an ethical future.

Sex Work and the industry – A small history lesson

Technical progress, the internet and the problems behind it

However, not only is the porn industry influenced by society, it in turn influences society and our sexual behavior and quite a bit. In order to understand the real effects and dangers, however, one has to deal with the statistics: The average age at which boys see pornography for the first time is now at eleven years. This is an age at which most of the people have not yet had any active contact with sexuality, and information lessons have not yet taken place. However, not only male adolescents come into contact with pornography. The sex films can have both direct and indirect effects on the sexuality of women: Direct effects when young girls in particular see these images and – like young men – assume that this reflects normal sexuality. Unfortunately, none of these consequences are exceptions, they are omnipresent. But even more innocuous problems occur all the time within the industry. Common platforms rely on mass, frighten off many users with their appearance and advertising measures and, above all, are strongly masculine. And the prejudice still persists that women are not interested in pornography.

Since pleasure is individual and different for each of us, the production of intimate scenes should reflect that generally. The times in which porn was mainly about the “patriarchal power of heterosexual pleasure” are a thing of the past. At present times pornographic content has the potential to offer a new dimension to intimacy, the one that is respectful, inclusive and diverse. Cheex has made it its business to achieve this – with great success. Plus: Cheex sees itself more as a platform that offers a space for exchange, learning and authenticity. In the accompanying magazine, sex workers, experts and branch insiders report on experience, facts and also dispel prejudices.

Got curious? Check out Cheex here.

All images: Curtesy of Cheex
Words by: Annika Duda 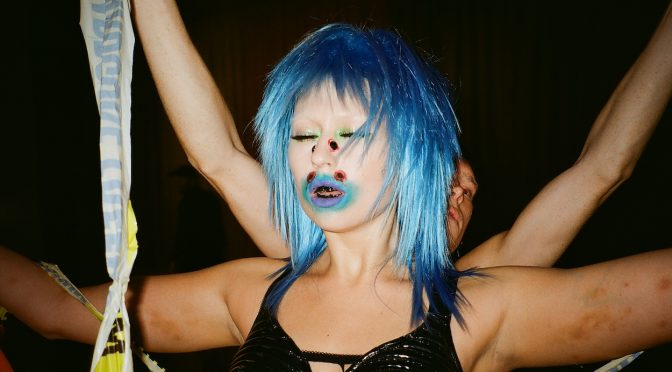