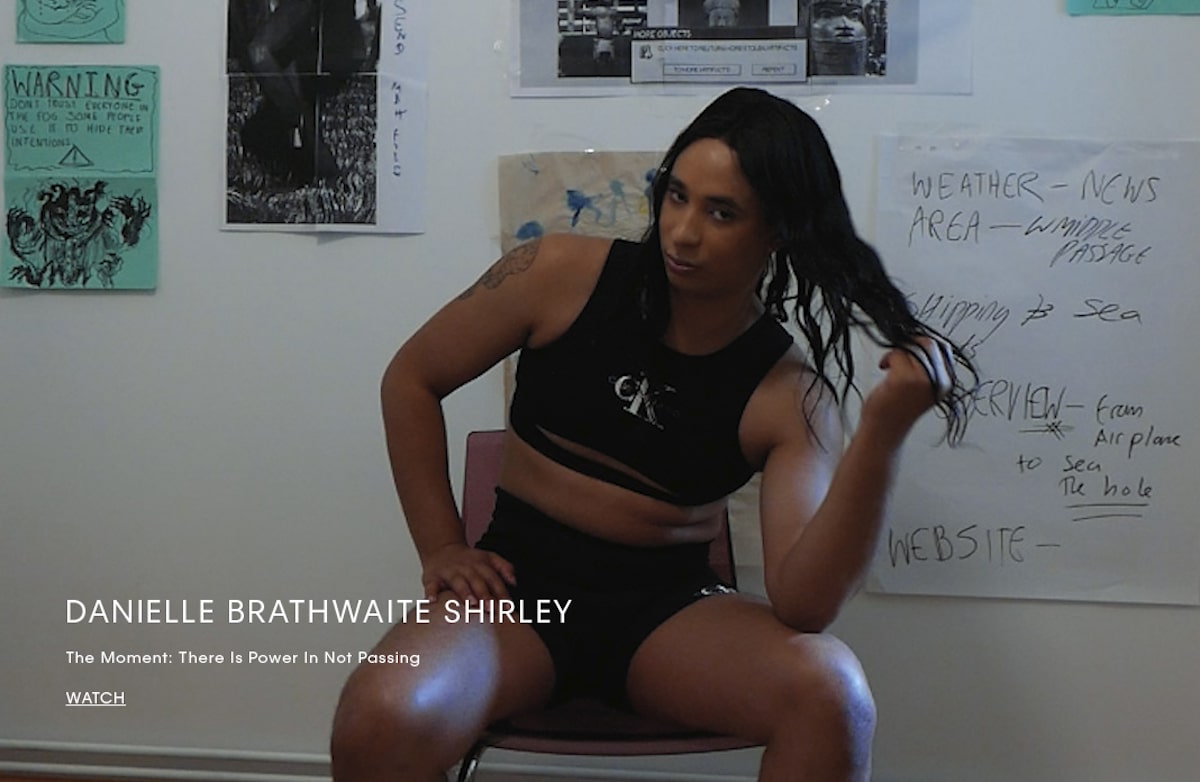 Danielle Brathwaite-Shirley (they/them) is an archival activist and and the creator of There is Power in not Passing in Berlin (at Warschauerstrasse 9, as of August 5). The project is part of the Pride Defining Moments Murals in cooperation with Calvin Klein. Numéro Berlin talked to Danielle about their first encounters with art, Black Trans experiences and what pride means.

Numéro Berlin: Hi Danielle! What was your first contact with art?
Danielle: This is a hard one for me to remember. I would say there are two memories that really stand out to me. I remember perusing the second hand video game store where my dad would take me and my sister. We would look at all the games for the Game Boy Color, marveling at the cover art for each of them. At the time, this felt like a gallery for our imaginations to spring board off. Often the covers would be the foundation of the story that we would install into the basic graphics that the games could actually output. Those imaginary pictures would keep us from seeing the limitations of graphics at the time.

You’re working with different mediums, from paintings to animation videos. What feels the most natural to you?
I think it feels very natural to me to work with videos. I discovered art with painting, but when I discovered the process of editing videos, it became my place where everything I can do comes together. I still use editing as a foundation in my practice and more often than not it serves as a sketchbook to my ideas.

Your work seeks to archive Black Trans experience. In which way does archiving relate to art?
Archiving needs a creating way of working to develop the means to correctly store something. If the method is wrong, then the people’s stories you are trying to remember will not be appropriately stored. For me, what I love about art, is the multitude of ways it can build places and moments that can be understood and digested in a multitude of different ways. Art often becomes a gateway to make hard concepts and experiences relatable accessible and understandable. I think using art to archive means, you can design a process around the subject and create a series of works that truly seek to centre that particular subject.

Your digital works are often referred to as games. Do you like playing online games yourself or where did the reference come from?
I often call my works games and archives, because there are not many Black or Trans archives or games. It’s important to take space in fields that don’t often include you. For now, when I say game, I am saying that works of Black Trans people can exist in the gaming world. That there is space for us, even if people try to tell us there is not.

Of course I am hugely inspired by games. I am a huge fan of FMV games, which are games that use full motion video as their gameplay. To me, the audience brings so many references to a work. I see the audience as a medium. Their identities as foundations to build on and tear down. For me, work is best when it’s not passive and refuses to be easily consumed, instead of requiring the audience to put in work to get something out. It ends up creating an experience that only that audience members can have as they install their own morals, beliefs, choices into the images.

How you you feel about political activism on Instagram?
It’s alright, but I often think about what can’t be done on Instagram. Internet real estate is important to take up. How many of you frequently visit a Black Trans website? Not many, I suspect. The code that your activism is using is just as important as what you do. Instagram’s code was never written for the uplifting of people like me. It’s terms and conditions have often shown themselves to move in order to not support certain people. Those, who moderate the space, have a huge amount of control in what you can and can’t say int these spaces. That’s why I think internet activism should be able taking up space on the internet in its code in url, in generating our own platforms with their own databases and terms and conditions.

You were part of CK Pride Murals. Can you tell me a little bit more about that project?
The project was about finding pride in not passing. It’s often the assumption that when someone is Trans, they should be attempting to pass as a Cis individual. As though looking trans is not normal. The mural was supposed to represent the moment of your community seeing the power of looking trans and holding you in that moment, reminding you of the power that looking trans has.

What is your personal definition of pride?
Knowing I am worth more than what I am getting. That I am worth more than the eyes that see me. That the way I think is important and worth something. I don’t feel pride often, but I feel it for others like me, who do the most for Black Trans people, even when they themselves are not getting anything. It shouldn’t be like this, yet we still thrive when it is.

What would you like to see more of in the art world?
I would like to see more investment in Black Trans artists, not just for work around pride and their identity, but also an appreciation into the skills and ways of working. I don’t want art by Black Trans people to become seen as “gender work” but instead as work with power.

Do you have a project you’re currently working on?
I have so many, but my most recent project that I am wrapping up is BLACKTRANSSEA.com, also known as Pirating Blackness. It a work about looking for Black Trans history lost in water and developing a history around an ocean, that refuses to let any of us drown. It will be part of my first solo show. Alongside that I am building an anti violence black trans arcade light gun game, which talks about violence in video games, but also the ways inaction leads to violence. 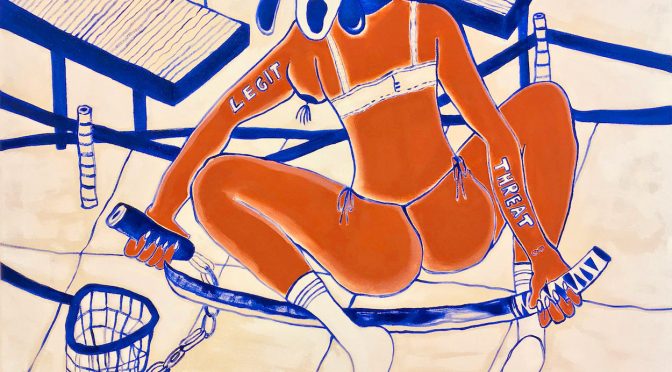