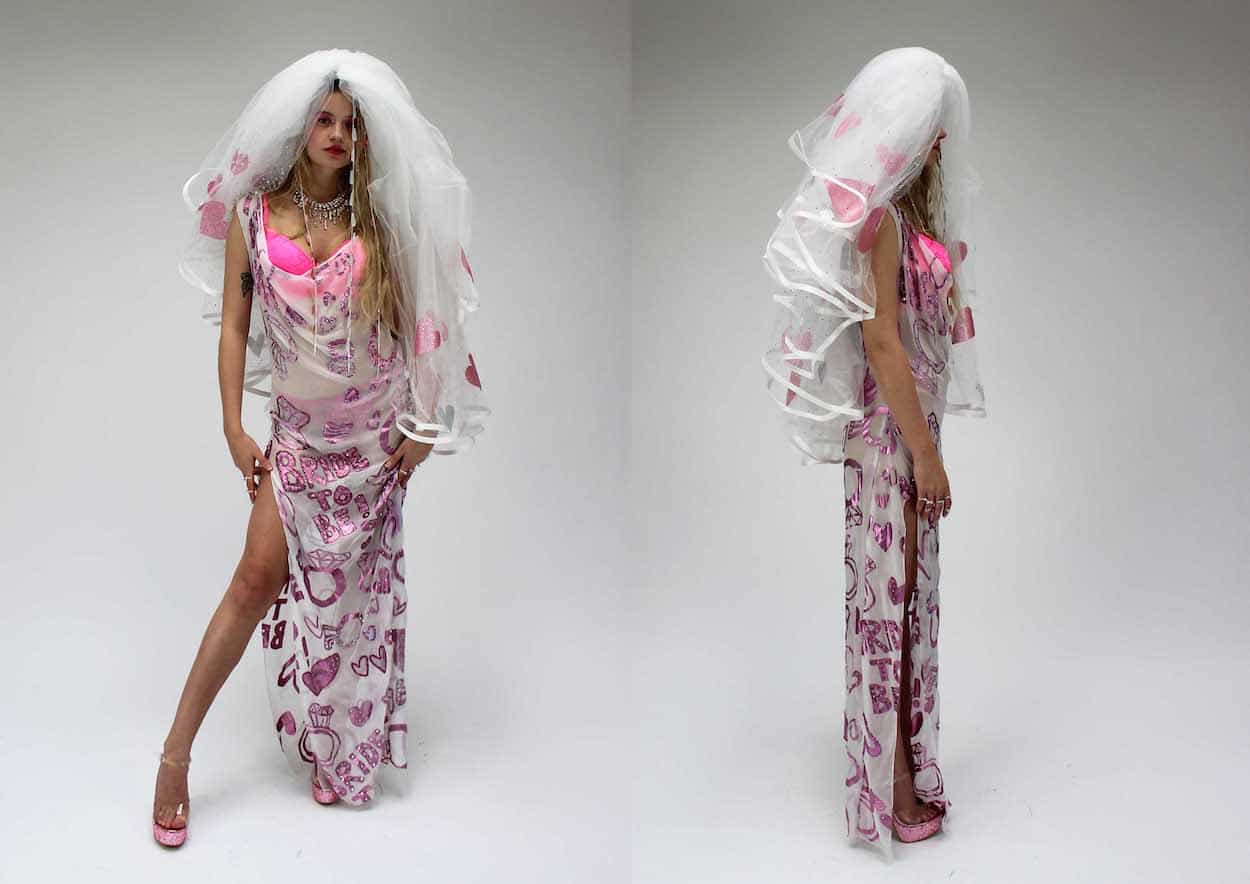 Upcoming creatives bring the spirit of novelty and youth that the fashion industry relies on. Luckily enough, London Fashion Week is always filled with emerging goodness and acts as a platform for numerous freshly graduated talents to showcase their work.

The project Future Archive gathers nine ex-students from Central Saint Martins, who collectively decided to come together to pitch ideas and join their strengths in the aim of showcasing their respective collections. Learn more about two of this year’s participating designers, Lynn La Yaung and Tamara Djandash, and their collections below.

Lynn La Yaung
Lynn is a Burmese knitter based in London whose use of ombre watercolors inspired by Georgia O’Keefe are instantly eye-catching. Bold. Delighting.

He believes that everything has already been designed at this point and rather wants to elevate the classics, which brought him to restrict himself by the use of primary colors only. He then pushes these colors into a new dimension with signature gradient knits finely adorned with embroideries, making the generic feel more personal.

While being a specialist in knitwear, Lynn is also big with the sewing-needle game. He perfects his creations with unusual embroideries, using the savoir-faire of the most prestigious Parisian atelier, where he was taught the craftsmanship. He includes materials such as polymer clay from which he modeled abstract flowers, transforming this art-supplies-store cult classic into the most exquisite high-end decoration. The Bottega Veneta scholar has developed a strong aesthetic at the border of cycling-sports apparel and rave-y underground codes throughout the years – very useful versatility, in our opinion.

By experimenting with his knits, sometimes hollowed, sometimes to loose, he is playing with the body underneath, thanks to a desirable use of transparency, making knits effortlessly sexy surprisingly enough. It was about time!

Tamara Djandash
During a mindless scroll through her uninspiring Twitter feed, the fashion print designer Tamara Djandash discovered an unlikely muse in a comical viral image. Photographed donning a form-fitting LBD, a young Welsh woman balances a metallic clutch under her arm and nonchalantly holds sparkling heels and a takeaway. Clearly exhausted after a girls’ night out, the glamorous partygoer is hilariously styled with two paper McDonald’s bags as shoes, cleverly protecting her feet from the ground.

In her chaotic Girls Night Out collection, Djandash playfully mocks “the culture that surrounds us girls getting dolled up for the clubs to then being totally wasted in the chicken shop at 4am”. Her designs represent a variety of characters encountered during a night out, including a birthday girl, a bride to be, and an iconic Essex girl. Indeed, the reality TV series The Only Way is Essex became a pivotal source of inspiration for the designer, who was motivated by its superficial celebration of cosmetic surgery, fake tan, and synthetic hair, lashes, and nails.

Djandash summarises Girls Night Out as “glamour mixed with tackiness”. She continues, noting her aim to present “a fun, quite trashy side of women that is sexy as well”. Her Birthday Girl look wonderfully encapsulates the intended tacky glamour. The wearer is wrapped like the gifts she hopes to receive: a thick hot pink satin ribbon envelops the body, and an excessively oversized bow headband sits upon her head. The bride-to-be wears a transparent silk dress embellished with loud lettering and cartoon engagement rings, clumsily revealing the model’s hot pink underwear. Paired with a thong and suspenders, her friend flaunts a skimpy white polo shirt with the crude ‘Tamara’s Tarts on Tour 2021’ slogan.

Ignoring the meticulously organised appearance of partygoers at the beginning of a girls’ night out, Djandash beautifies the messy results of an evening’s antics. Her Piss Stain look memorialises the unfortunate act of wetting yourself, quite literally making it fashion. Low-rise jeans with contrasting denim applique form a wavy stain down the wearer’s legs, extravagantly highlighted with diamante crystals. The model wears a bra covered with synthetic blond hair that is decorated with plastic hair clips and fake nails.

Although being a harmless mockery of the glamorous tackiness of a girls’ night out, the designer creatively challenges societal expectations. With a black-lined satin jacket covered in 250 price tags that announce massive reductions, she addresses the pressure felt by young women to don a new outfit for every social event. The overconsumption of inexpensive partywear maintains fast fashion’s detrimental environmental impact. By glamourising the chaos of a hedonistic girls’ night out, Djandash locates an unconventional beauty. She promotes a celebration of imperfections that dignifies embarrassing moments and rejects society’s restrictive conventions of respectable femininity. As nightclubs re-open and dreams of 4 AM trips to the chicken shop become a reality, Djandash inspires us to walk tall and proud, with sparkling heels in our hands and paper McDonald’s bags on our feet.

Reflecting on her involvement in Future Archive, Djandash is both fearful and motivated by the ambiguity of its evolution. “We’re all growing”, she notes, “We’re all trying to make something for ourselves. Even Future Archive is a scary thing. Who knows what it will mean and what it will become?” However, Djandash and her Future Archive family are embracing an organic development. Afterall, in the words of the designer, “Sometimes people say that the most exciting thing is the actual journey”. 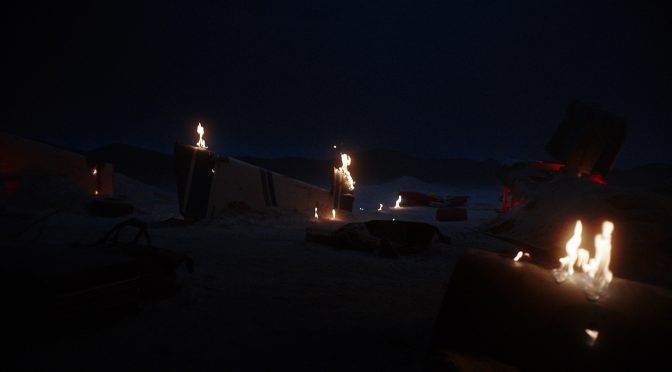 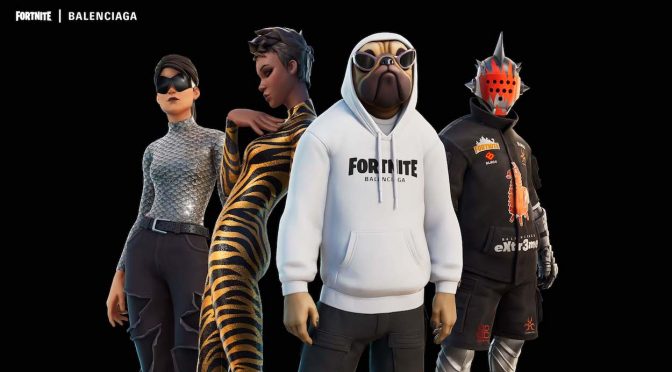 BALENCIAGA PLAYS TO THE NEXT LEVEL WITH FORTNITE.