KIM PETRAS ON BEING FUN AND DARING TROUGH FASHION AND MUSIC 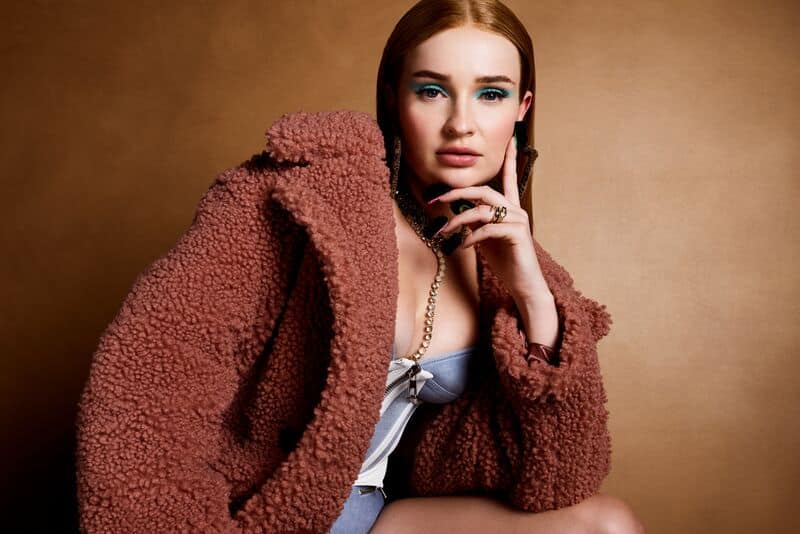 UGG has enlisted a diverse cast of women to showcase their Fall/Winter 2021 apparel collection.
The campaign, titled “The Perfect_____,” starring, among others, Kim Petras and Parris Goebel. All were asked show off their respective unique, personal style through UGG’s new ready-to-wear pieces, celebrating fashion-forward women and individuality.

With nearly five million listeners per month on Spotify, pop sensation Kim Petras is by far not an insider tip anymore. With her eccentric and campy club hits, German singer Kim Petras has worked her way to the top of the international pop scene.
In the interview, the queer icon reveals what it was like working with UGG, what kind of relationship she has to fashion, and from where she draws inspiration for her signature fashion and musical style.

Your undeniable voice and imaginative artistry have skyrocketed you to international recognition and earned you major mainstream media coverage. Now, you are even one of the faces of the new UGG-Campaign. How does it feel to be one of the most wanted pop icons?
I definitely don’t think that way about myself, but thank you! I love what I do. I love making music. I love being a pop star, I love fashion, I love expressing myself through fashion in any way that I can. I love it. And I love associating myself with brands that I truly wear and have been wearing my whole life. And it’s an amazing opportunity. They’re all amazing pieces, and UGG gave me a lot of freedom to express myself and style the collection differently with whatever I wanted. I was grateful that I had complete creative freedom.

What exactly does fashion mean to you and how would you describe your own style?
Fashion has been a big passion of mine since I was a kid. I used to get in trouble in school, because I would sketch shoes and outfits and looks during class and not pay any attention. I would run home from school when the new Galliano for Dior shows happened and watch them over and over. It’s a huge part of my life, even if it really wasn’t accessible in the beginning. I learned to go to secondhand stores. I used to get made fun of in school for what I was wearing, because I’m from a tiny town in Germany, where everybody just dresses the same in jeans and t-shirts. I would go to secondhand stores and pick out things that reminded me of Chanel, Galliano, or Yohji Yamamoto, and I would cut things and crop things. And I really think it’s important to me today to keep on doing that for the kids in tiny towns where nobody understands fashion. And, you know, I felt cool, and I didn’t let anything stop me from expressing myself through fashion. And honestly, pop stars always inspired me with that. I was like, “If Madonna or Cher can wear this, I can too.” I see it as my responsibility to keep that going. And I love doing that.

What inspires or influences you today, in regards to music and your fashion sense?
In regard to music, I’m often very inspired by the clothes I’m wearing or collections. Actually, with this new album, I thought „What if you made an album like a collection?” I was really thinking about making a song for each occasion, and kind of thinking about the songs as looks. It’s been interesting. I’ve been learning to sketch and actually make fashion during lockdown too, because it’s always been such a passion that I had no time for. It all completely meshed together in my case. I’m very inspired by artistic brains in other realms. I feel most inspired by designers or directors in interviews, hearing what they have to say about art, than other musicians, usually. I do have a bunch of artist friends that are amazing, and I definitely love other people’s music. But right now, I feel most inspired by designers and directors.

You positioned yourself as the next pop star icon, do you have a favorite pop era and why?
Yes, I love the 80s. I feel like music then was genuinely fun. I think the priority of music back then was for it to be loud and exciting. Interesting people with interesting voices sang, just look at Debbie Harry or Cyndi Lauper or Freddie Mercury. You know, people had unique voices and made music to the fullest potential it has. It wasn’t just about reality and realism, which is very boring to me.

Your visual artwork, such as your music videos are always fun, eccentric and almost a bit campy. How do you come up with the concepts?
I think I just have a very campy brain because things like Doris Day movies, or Audrey Hepburn movies, or The Nanny, you know, those are my references. I think that’s just kind of imprinted in me. And also, my mom is a dance teacher. Each year she would put on a show that would have crazy concepts. She would have, like, a skiing moment, or a giant, pink skirt that took up the entire stage. All that stuff was in our basement, and I would always go down there and try stuff on. She’s very creative, and I think that inspires me to come up with things as well. I like being fun, and daring, and not being afraid to really give you a show. I think that’s why my stuff is campy, and bright, and colorful. But sometimes it’s not, you know? I have all kinds of sides to me. Like my recent VMA performance, I felt very poppy and girly, but some other times I feel very dark and serious. Everyone has a million sides to them. I love not just being one thing as well.

Your sound is also quite unique. How do you feel that your aesthetic fits in with today’s pop landscape?
I don’t think it always fits in. Three years ago, everyone was saying “your songs are too pop” and “they’re too disco” and “you’re singing so loud.” I think people have started to realize what pop has to offer now, though. People are really getting into my music now because, after the past two years, we want to have more fun. I feel like right now is the perfect moment for me because that’s what I do and what I love.

As mentioned, you are considered the new international pop sensation, especially for the LGBTQIA+ community. Do you think you have a some sort of responsibility towards the community?
Absolutely. I’m a part of that community, so I have a responsibility to just be honest about my experience. I think that’s the best thing I can do, is to be like, yes, I’m transgender, but that doesn’t define me in any way. And it doesn’t define you in any way. That’s the best thing I can do, just be myself to my full potential, and hopefully inspire other people to fully be themselves too, in whatever way that is. I never want people to feel like, “I need to do this, because Kim is doing this.” I’m so impressed with my fans. And there are a lot of artists and creators that inspire me, too. I just want to show my fans that you can go and make your dreams come true.

What is next on your agenda?
I have a whole album that I absolutely love. I spent the most time I’ve ever spent in the studio during lockdown. It was kind of the thing that got me and my co-creators through it. It was a really anxious, anxiety-filled time. But when we were in the studio, that was the only time we weren’t thinking about the world and what was happening and how crazy it was for everyone. I finally have made a concept album that dared to pull from the inspirations of where I’m from, from Euro music, which is generally a little more crazy and out there than American music. I’m excited to show people that side of me, and the excitement of different languages in Europe, songs that are French and Italian and Russian and German. I think it’s cool to reference that, because it sets me apart that I’m from there. Now I live in America, and I’ve been living here for seven years, but still, I love this music and I’ve always wanted to do it. I always thought it was too crazy, and people wouldn’t get it. But it looks like people are getting it, which is so exciting. I’m really excited about this album.

We also spoke with other protagonists of the latest UGG campaign! 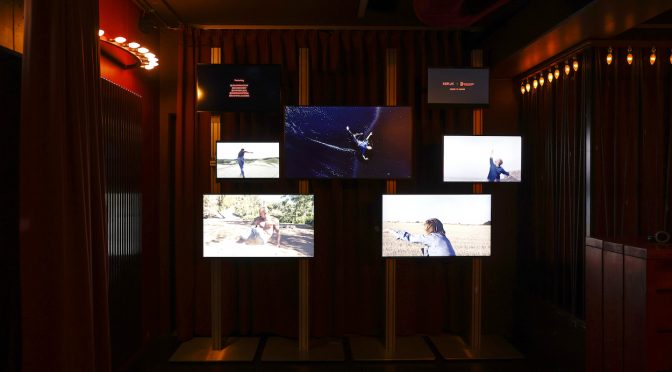 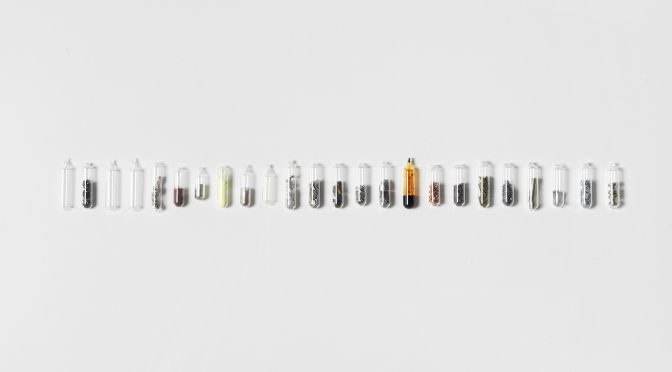 ALICJA KWADE ABOUT HER NEW EXHIBITION AT BERLINISCHE GALERIE