THE FAILURE OF THE AMERICAN DREAM – „INVENTING ANNA“ 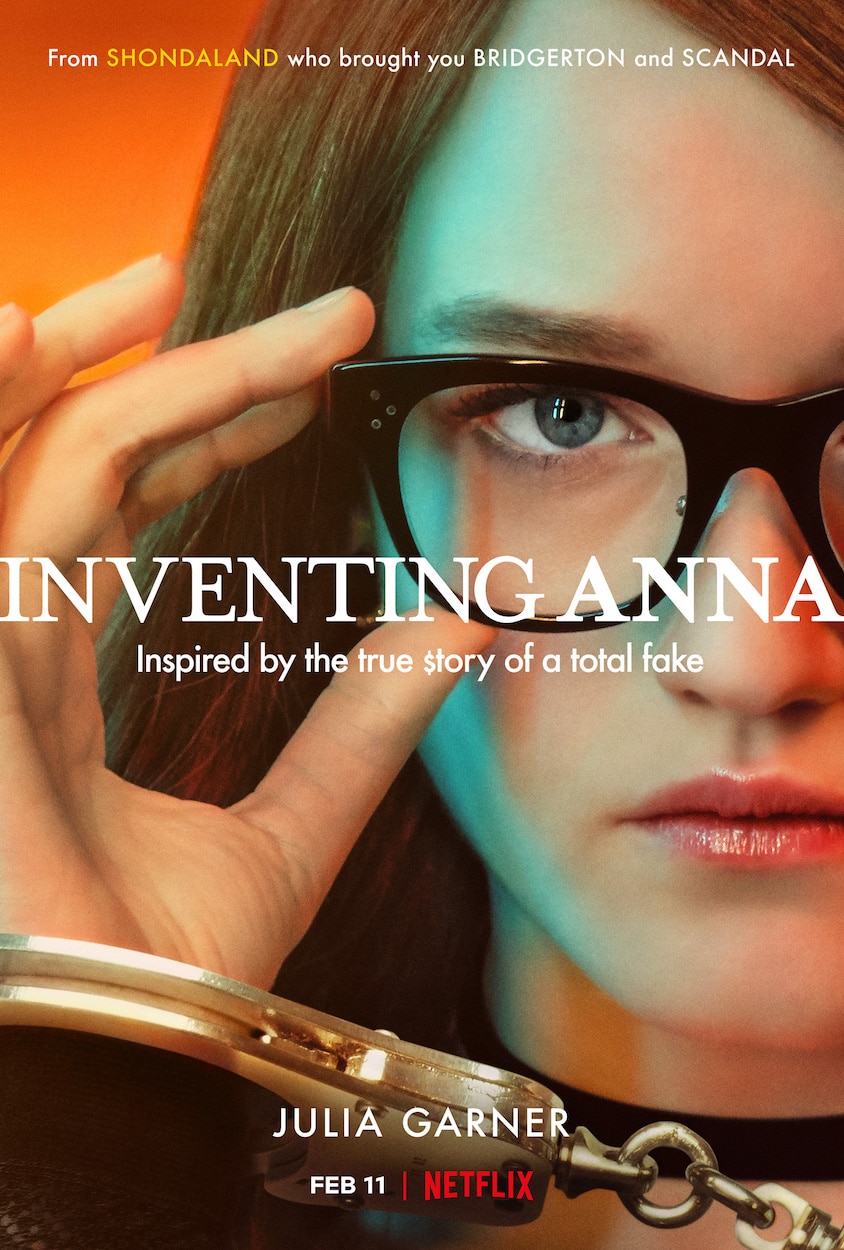 A journalist who more or less begs to tell the story of Anna Delvey.
Thus begins the new Netflix series „Inventing Anna,“ which tells the ominous story of the German who fooled half of America with her specially created Identity of wealth, glory and splendor – and got away with it for quite a long time.
Somehow this is the story of the failed American dream. Something we are told over and over again, that you can be whoever or whatever you want to be – and that’s exactly what she did. She became the millionaire heiress and high society member she wanted to be.
She beat superficiality with superficiality.

At the age of 16, Anna Sorokin moved from Russia to the depths of northern Germany. From here, somehow we already reached the point where truth and fiction blurr together. But one thing is for sure: She admired fashion and the whole world surrounded by it. She’d been living the dream, even lived in various metropolises and worked for PURPLE, one of the most renowned magazines in the art and culture sector. This work opened the first doors for her and also enabled her to tie first contacts in New York. But Anna Sorokin didn’t seem to be enough for her, she wanted to be more than the immigrated Russian-german girl, who comes from a middle-class background and now living the dream working in fashion. She wanted to be the mysterious millionaire who could afford anything she wanted. And she wanted respect and recognition.

But above all, she wanted to belong somewhere. To be part of the fabled high society, that the supposedly important people knew her name. She wanted to be who she always saw in herself. And anyone who works in fashion knows: it’s a fucking privileged industry. You need money to make money. You have to be somebody to become somebody, you have to stick in people’s minds. If you want to be one of them, unpaid internships, immense rents and not to forget the pressure of how you have to be to make it there at all awaits you impatiently and yet already uninterestedly.
And she is brimming with superficiality, a quality Anna used against the people around her. Because they thought she had the money, they gave her the money. This resulted in a constant cycle of money from her surrounding, companies or business people flowing through Anna Delvey’s questionable accounts. Fashion and attitude can be such a powerful stylistic device, like a veil that gently wraps around the actual person, or perhaps more like a veil that wraps around the people around her, gently blurring the view. She was intelligent, she beat the industry at its own game.

In general, the person Anna Delvey is somehow so much more than all of this. She was a fascinating person, she was intelligent. And she knew exactly what she wanted. As all that person who captivates you, she been also experienced by the journalist Jessica Pressler, who in 2018 published the famous article about Anna Delvey in the New Yorker . The story of a heavily pregnant journalist trying to save her damaged career after a scandal, being the only one recognizing the relevance of the whole story before anyone else, is virtually the framework of the whole series of „Inventing Anna„. Together with producer Shonda Rimes and Julia Garner in the leading role, the series was born to retell the story of Anna Delvey.

And it does. Theoretically, the case probably seemed clear to many people. She was a con artist and defrauded her friends as well as various companies. But as I said, to me, she is the failed American dream that you can try to live anywhere. And that we all fail at ourselves from time to time. She wanted to be a businesswoman and it would be hard to argue that she didn’t have what it takes to make it happen, because she was persuasive and compelling. She also understood what she was doing. She wanted to start her company, the ADF („Anna Delvey Foundation„), which would serve as an exclusive members club. That was her dream. And she was very close to it.
The question you can’t help but ask yourself is: First of all, where did all the seed money come from to start this life? But more importantly, if she had finally gotten the loan, paid for everything, made her company as successful as she dreamed it would be – then what? Then she would have been a normal entrepreneur, who had built up an identity in order to be taken seriously and to get the means to go this way. And who had possibly borrowed a little too much money here and there, apart from her perhaps too cocky lifestyle.

What I’ve often wondered: Was she really just fleecing her friends and everyone around? Because it also becomes clear how often actually she herself pulls out the credit card and is generous. Without questioning, she was a con artist and used a lot of people for a lot of money, appearing inimitably unemotional, but I share the fascination for her.

At the end of the series, Anna Sorokin is convicted. And somehow you followed her through all these stages and you are forced to feel surprisingly much empathy for her, surprisingly little for her victims. One reluctantly identifies with her, because somehow there’s a bit of this Anna in everyone of us, especially in all those who work in fashion.
In the series there is a sentence that is burned into my head „men always fall up the ladder„. I can imagine that’s how it feels for many women in the industry, or in general in our whole working experience.
And that’s exactly what you feel like rebelling against. Both Anna Delvey and not to forget the journalist Jessica Kessler (Vivian Kent in the series), who fights for this story, show two strong women who stand up for what they want and resist – one more, the other less legally.

If you haven’t already – watch the series.
Maybe not to understand exactly how everything was possible in the first place. But rather because we all perhaps recognize ourselves a little in it.

„Inventing Anna“ is a Netflix original and is available for stream.