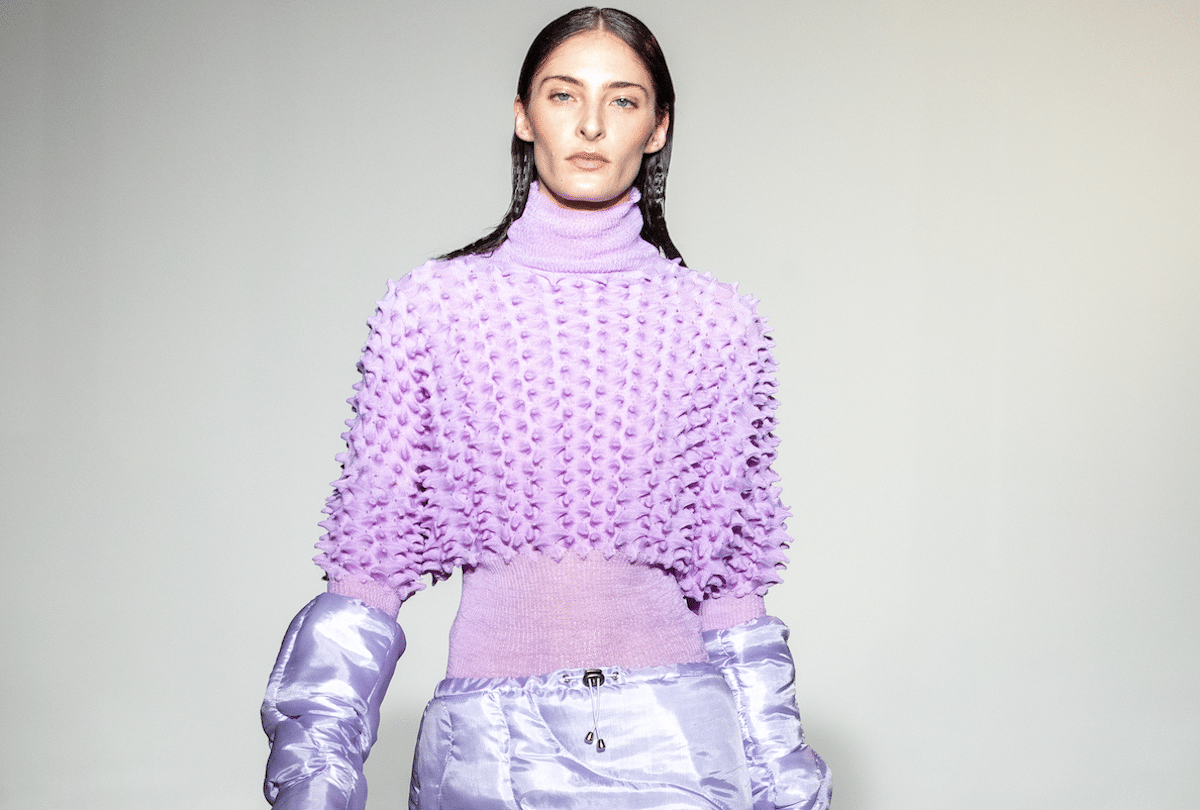 Over 20 years ago when Lulu Kennedy put together first showcase featuring her friends and favorite upcoming designers, nobody would think that it was a birth of the hottest talent incubator in London. Two decades later, Fashion East is still the most exciting platform to support young creatives out there and a speedway to success for anyone showing with them.

This season, brought a mix of the fab, fierce and influential crowd, from Harris Reed to Chloe Cherry, we escape the pouring rain in the industrial club E1, mingled and got the blood boiling when watching catwalk of three edge-cutting designers.

JAWARA ALLEYNE
Jawara Alleyne’s AW22 “Under Fata Morgana” collection acts as his first runway presentation. The Caribbean designer finds creativity in its roots and plays around the notion of cycle to create his garments, cut-out shapes are circles and refers to the journey of the sun, omnipresent in the Caribbean culture. The island influence can be seen throughout the whole creative process behind this collection, reinterpreting the draping abilities of Caribbean women who will turn a scarf into a dress by adjusting the fabric onto their body and securing it with pins.

Jawara re-employs and ads his personal aesthetic to this draping tradition by creating a very broad range of draping and wrapping work using deadstock fabrics and safety pins. The safety pins are, in his case, use as an apparent accessory more than just of a draping tool and embellish his pieces in circular shapes. The core concept of Jawara Alleyne work is to tie ease and comfort to fashion-forward fashion. Menswear often represents a stiffer side of fashion industry -especially London- where tailoring and fitted pants doesn’t match the comfort required by male customers in their everyday life. Jawara offers ease and we say thank you.

Jawara is a mathematician as well as a fashion designer, his t-shirts are made from square or rectangle panels of fabric but the placement of the pin, the meticulous draping give it the shape and the coolness that goes with it.

Using pre-loved fashion item to turn them into something else, he confesses sourcing his denim from skinny jeans that people doesn’t wear anymore. We needed someone to do so. With strong cultural references resulting in a very modern wardrobe, we expect the best from Alleyne in the future and will definitely keep an eye on.

CHET LO
Chet Lo became an international sensation after he found a new knitting technique while preparing his grad collection: A durian-like structure. Soon he was creating pieces for Kylie Jenner and Michaela Coel. A luxury background from his Maison Margiela and Proenza Schouler interning days and a drive to experiment with the obscure came together in his work.

In AW22, Chet Lo takes us to ‘Tundra’. A futuristic country of cryo-couture where artic sunset always shines, reflected in cold-stone, white snow. Anyone ready for a rave on a glacier? All 21st-century post-modern aliens who, sick of existentialism, just wants to have some fun are invited to Lo’s electric utopia. It’s built on a signature 3D knitted spiked fabric that this time was accompanied by mega-plush faux furs, deconstructed puffer jackets and gigantic scarfs to go with them. Darling, we live for that level-up. Chet’s also smart in a sustainable sector when using hand-dyed deadstock feathers.

Inspired by unforgiving beauty of cold lands, Lo wants us to party with Antarctic hottest: A winter warrior in a micro-skirt about to ride a woolly mammoth. Until this day we’ve never knew that we want to date a yeti. Thanks, Chet, for making anything sexy.

Chet’s cuteness is balanced with enough spice to spark a fire. Already all over Instagram, his fresh garms would feature in countless shoots, stars’ feeds and, hopefully, streets. We finally found out that everyone needs furry spikes in their lives. There’s no turning back now. Chet Lo’s designs scratched our fashioned-up backs so good that we’re gonna keep following wherever he goes. Even if it’s flesh-freezing tundra.

MAXIMILIAN
After four seasons, it was Maxmilian’s final show with Fashion East. For that, he decided to dig deeper than before and expose his past, a tradition he was raised with, and shine a light of hope for a better future. ‘Drayton’, inspired by a rural Shropshire, reimagined aspects of his childhood when growing up in more enclosed environment and attending Catholic school.

“There’s something about being in the countryside… I looked into a lot of different fetishes,” explained the designer. Aesthetics of 19th-century Caribbean horse riders met a rebel schoolgirl, sporting studded woollen tiny-skirt, body-suit with contrasting panel and a leather-threat assemble. Though hand-painted thorns surely stuck out of the rest, it was suede and lambskin nappa that led the force.

Driven by the appeal of regional biker gangs and the devotion of religious communities, designer continued to flip the coin until it got stuck somewhere in between two aesthetics. Maximilian’s muse is a sexually-freed devotee riding a bike in monks-approved mini. “Ever since slavery, Black communities have looked to God for strength, for a belief that this will all come to an end, for security and guidance. What else has there been to look to for answers? They had each other, and they had God,” said Maximilian.

Compering to his previous season’s proposition, Maximilian is better-behaved, dealing in a toned-down palette of dark browns, greens, black and white with an exemption of a closing look, a light-lilac, see-through gown. A jaw-dropping phenomenon.

Pursuing the Christian psyche, he stays away from blasphemy, and rather elevates what’s already there. He takes elements of his upbringing into a sphere that can be populated by an open-minded community of free thinkers. By heavenly bodies. Any bodies. Maximilian doesn’t forget the past but won’t let it haunt him. Beyond curious of where the next time travel will take him, we’re here to praise him. Amen. 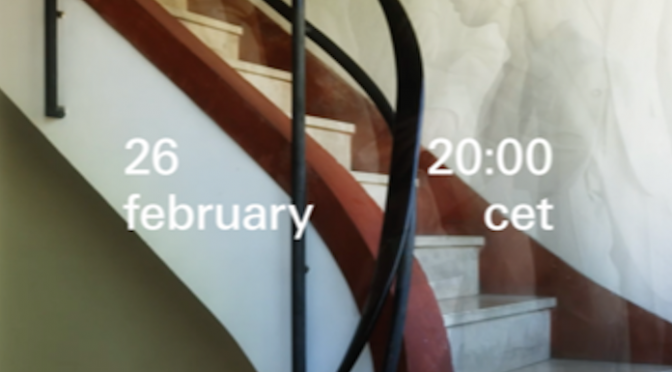 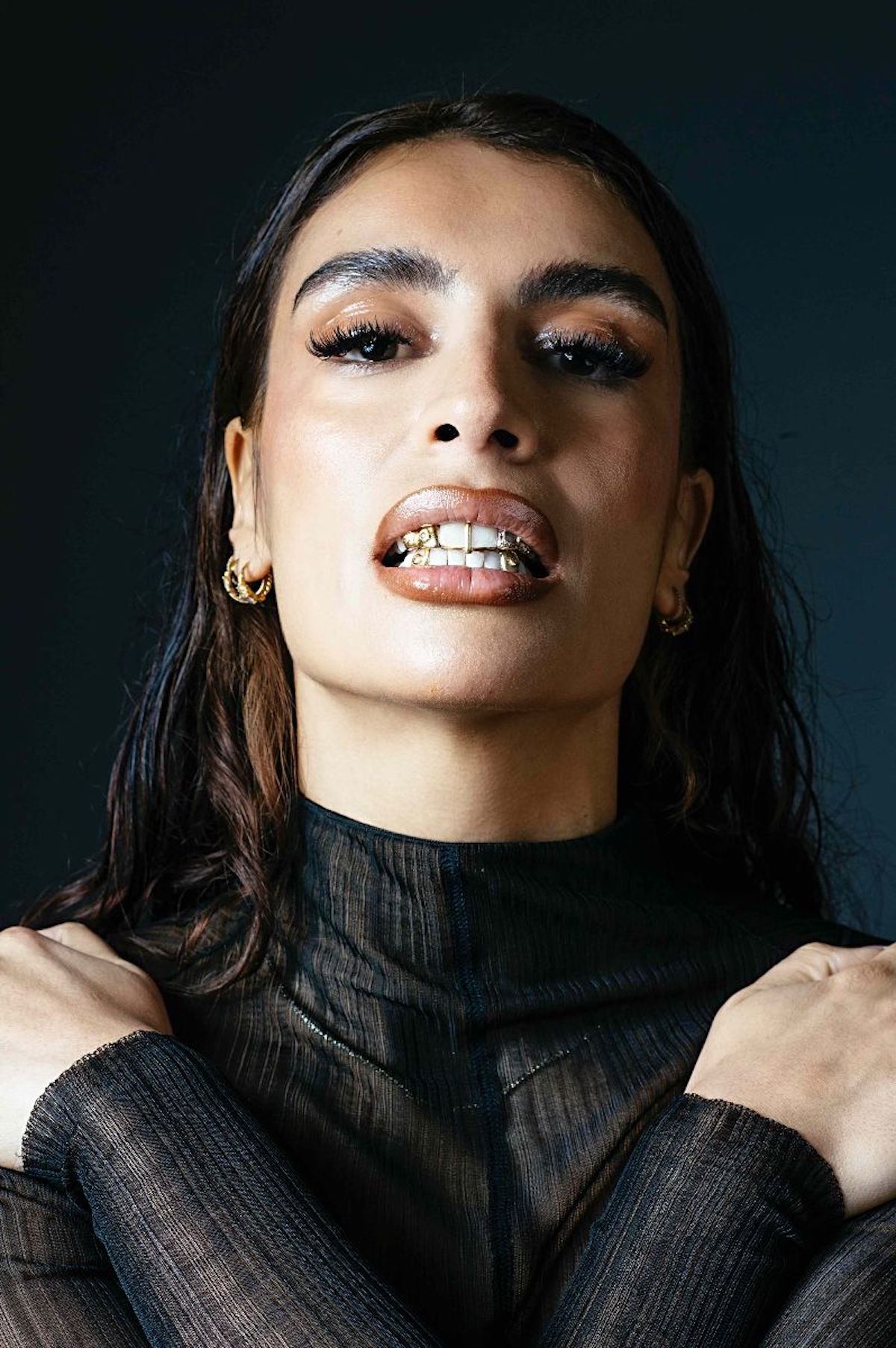