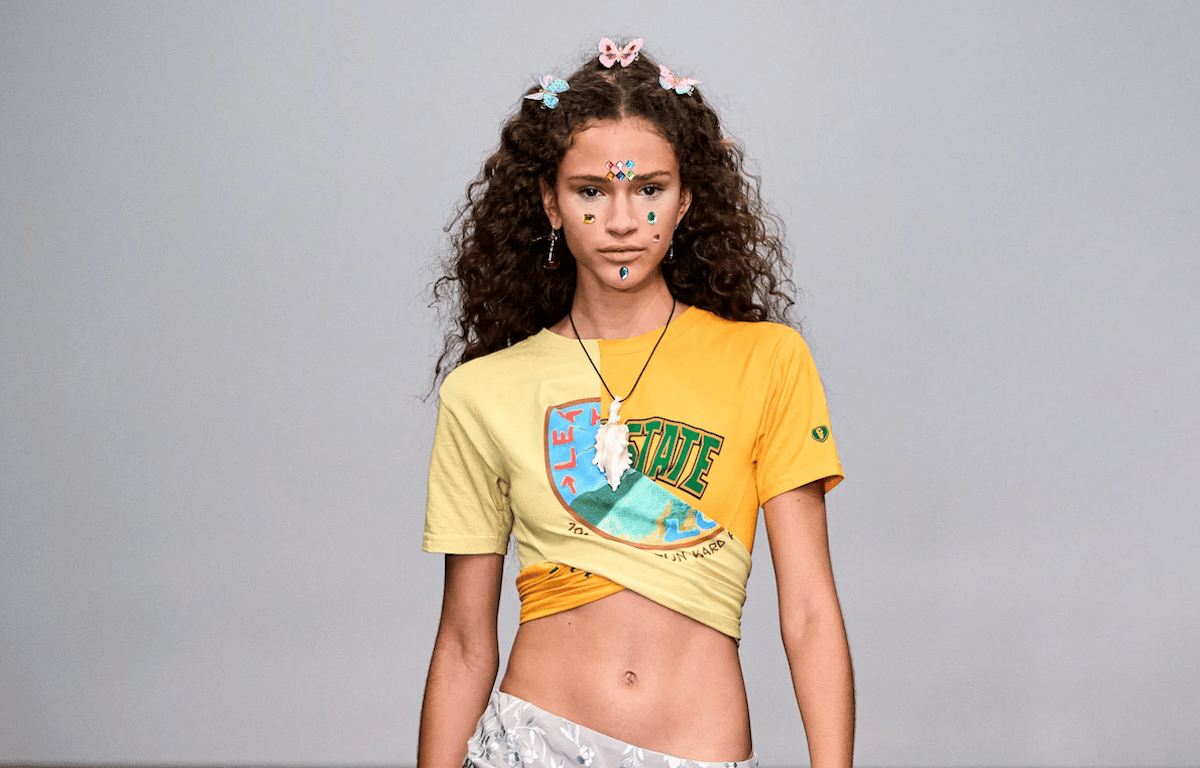 Need a catch up? Here’s a recap of everything we loved during the AW22 London Fashion Week. Designers to keep on your radar, iconic looks and more, welcome to our Numéro Berlin highlights.

This glamorous week under the rain started strong with the Conner Ives runway presentation on the first day.

This Y2K eleganza have been a favourite of ours, for many reasons but mainly because 2000’s inspired fashion is FUN! In front of the poker face guests, the joyful corp of models wore reinterpreted versions of fashion staple of the early 00’s including the diamanté fringe tops, bootleg jeans and cami tops.

Each looks kept on being better than the one before and culminated by the arrival of a bride wearing a weil-durag combo. The crowd jump to reach their phones to immortalise the moment -The modern way to applause-.

The collection was exploring archetypes of the American female from the „Jersey-Girl“ to the „Middle-Schooler“, high fashion met pop culture and resulted in this collection for modern day „Mean Girls“. When asked about collection and the passion put into it Conner Ives stated “I made all these clothes with my friends; a dedicated team of young artisans that care as deeply about what they do as I do. If I’m ever remembered for something; let it be for passion.”

It’s surrounded by the smell of fresh paint and seated across from Maisie Williams -not your typical Saturday night- that we attended Reuben Selby show at the Copeland art gallery in south London. We met Reuben for a private discussion last season and were eager to see more of his work for his, still young, namesake label.

It is with 17 looks (I would never say enough how I despise long shows so you guessed it, I was pleased.) that Selby introduced us to his new collection entitled “ The will to form”. This time again the show was merging dance, live music performance and even an art exhibition, Reuben is an artist supporting artists. He said „Expressionism is something the brand & I have always gravitated towards, and how artists identify themselves through their emotions and processes in making their art.“

The utilitarian looks, signatures of the brand, are thought to be practical to the most and features attachable aprons, pockets and zips to have storage all around. The brushed denim looks adds a nice textural element to the collection and the abstract prints tied everything together in this global artistic vision. The cut-outs, seen in the garments (sustainably recycling), are also inspired by art, more specifically, they are a direct reference to the iconic “cut-out’ technique popularised by Matisse. Described as ‘drawing with scissors’, perhaps harmonious with how a designer, pattern cutter or seamstress would view their own art form.

Our highlight for the gallery wonderers and other art addicts.

‘It was a large room full of people all kinds,’ with the words borrowed from Laurie Anderson, ROKSANDA welcomed us into AW22. In simple words, they hit the spot. We found ourselves in a reshaped space of Tate Britain, opposite Anna Wintour and Naomie Harris and Harriet Walter within a sight. This season ROKSANDA provides shelter for a new kind of woman – a paradoxical heroine seeking refuge while sharpening her teeth. They’re ready to defend themselves against all the forces: natural and humane.

A graduate of Central Saint Martins, Roksanda Ilincic founded her namesake label more than fifteen years ago. She became instantly recognizable for spectacular, flowing shapes, daring use of colour and detailed-to-last-knot craftsmanship. A woman designing for women. As the times change, ROKSANDA had to with them. Their AW22 takes turns we wouldn’t expect them to explore. A stunning surprise.

The runway, reimagined by an Irish artist Eva Rothschild, hosted silhouettes acting as modern shelters with explosive colours as a shield against the always overwhelming grey despair of the world. The in-between of contradictions was best presented by pieces in head-turning collaboration with FILA. It incorporated its high-performance fabrics and technologies with ROKSANDA’s master constructions, from the model-consuming duvet garments, leisurewear constructed after parachutes to portable tent-like outerwear, all in highlighter tones. They made us impatient to takeoff to whatever battle we had planned.

Drawing on growing up in Serbia, the designer said: “This collection allowed me to give a new point of view on such a beloved heritage: one that merges my shapes and colours with a sense of performance and the outdoors. The soft, enveloping message is perfectly timed, I believe”.

Ilincic inspired by the duality between realism and dreaming, alongside the sportswear influenced garments, sent on catwalk an extravagant army of romantics in oversized, sculptural dresses, exaggerated, cape-like forms composed from silk satin, organza and recycled taffeta. The knitwork here was one of the best of the week with standout white pieces covered in linear splashes and red threads. The blazer made our hearts race.

This season, ROKSANDA shattered all preconceptions we had about the brand while staying true to its core. As always, we found joy and excitement in their universe, only this time we’re prepared to stand against anyone daring to stop us. 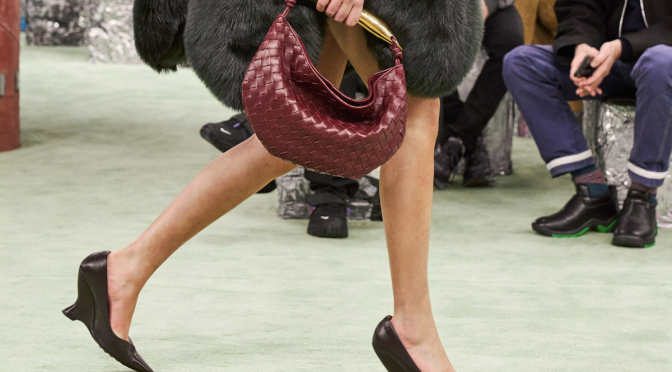 ON OUR RADAR: EVERYTHING FASHION DELIVERED TO US THIS WEEK