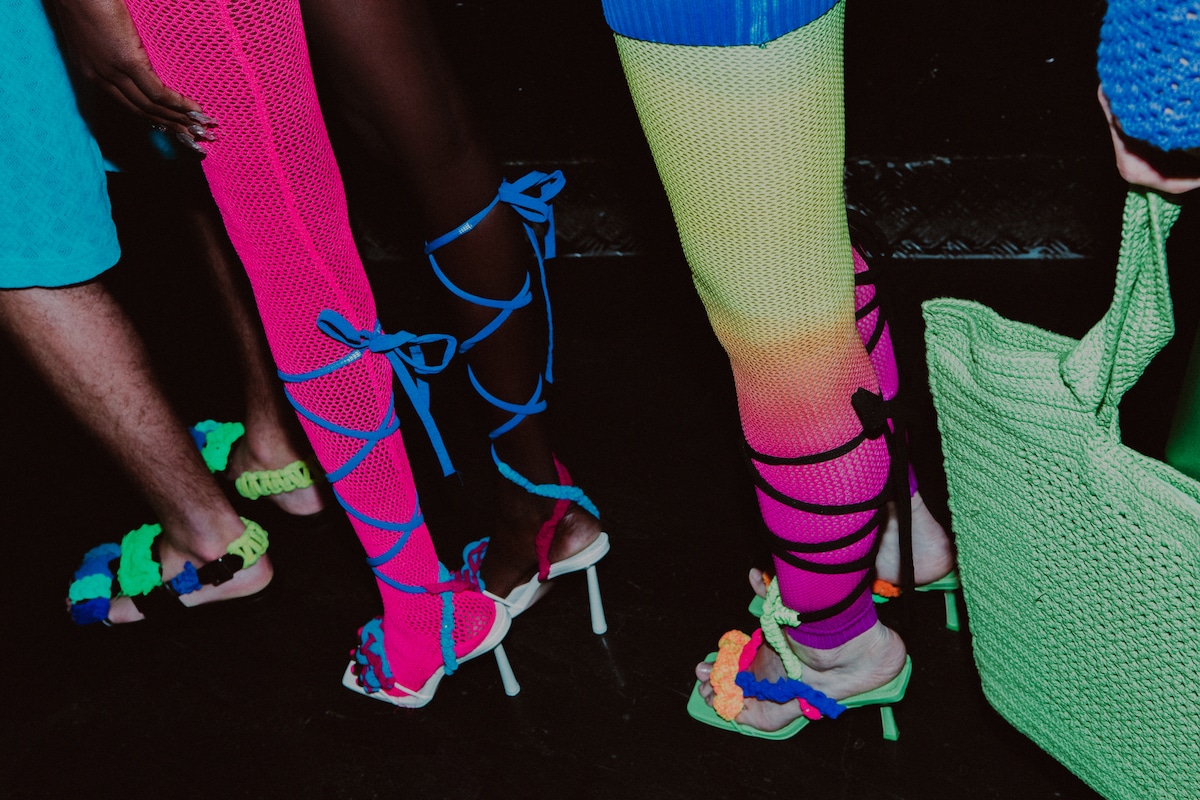 This season London Fashion Week was rather a fashion weekend. Most of the more established British designers and London-based heritage brands, including the likes of Vivienne Westwood or Burberry, were missed on the catwalks for S/S23.

Some decided to present their collections according to a more gender neutral calendar or simply opted for a Paris Fashion Week launch instead.

What was left was an amazing opportunity for newer creatives to shine without being overshadowed by the presence of the industry’s powerhouses. It may have lacked of elitism for some but at Numéro Berlin we take at heart supporting emerging talents and discovering fashion through different lenses and perspectives.

It’s with the aim of sharing the beauty found in the work of London’s coolest emerging creatives that we collaborated with Welsh photographer Lowri Cooper who explores the crafts through a raw, magnifying glass. Cooper takes us in the backstages of London Fashion Week and captured, with her unique saturated and glossed style, all the silhouettes we need to see from closer, the details we missed and everything appealing to her eyes -or to ours, it’s menswear after all-.

Our first instalment of the week is AGR Knit, the label known for its kaleidoscopic knitted patterns and technicolor pallet dives for its ‘Dripping in Color’ collection into the realm of monochromatic silhouettes and sprinkles some supplementary nods to the 90s such as bleached denims to the brand’s statement aesthetic.
AGR designer Alicia Robison confess that “AGR loves neon but to be honest our colour palettes aren’t always too specific, and we pretty much use every colour out there – I think we just know how to use extremely well!” when asked about her signature color pallete.

On the catwalks, knits from all sorts can be seen as they call for fun and versatility in the wardrobe. If some would simply wear the see-through meshes over a bikini for a beach-day glam, those power-knits would also be a nice substitution to your classical black rave gear. Rainbow knit but make it underground. Full circle moment for designer Alicia Robinson, who spent her formative years working late nights, as a door girl. When asked about her decision to start a design career in knitwear Alicia said “My love for knit comes from my mum; she taught me how to hand sew and knit from a very young age, and then I even started out my freelance career using her domestic knitting machines – it’s a really nice bond that ties us together.”

In its re-interpretation of the 90’s codes AGR invoke joy through colour and promote body positivity. Indeed, it was a sexy time. Fashion was unapologetic.
“I absolutely LOVE look 1 + look 2 from the show. The stripes were inspired by Sonia Rykiel, who has always been one of my favourite designers.” Said Robinson paying homage to the late designer who made the knit sexy for the first time.

AGR has grown and diversified its areas of expertise to present for SS23 a collection, not only catchy but also well thought-out from the earrings to the tip of the shoes. One of the reasons behind the brand fast evolution is due to the participation in the LVMH price according to Robinson: “Our nomination for the LVMH Prize was a real achievement and gave us a huge boost. As a brand that was completely self-funded , it was lovely to be recognised and to be given such a global platform. We will definitely be re-entering again in the future. We are now looking to grow our own stockists, as well as setting up our own direct-to-consumer platform on our new website later this month. Personally, I’m looking forward to taking some much-needed inspiration trips this summer.”

I enjoyed attending my first London Fashion Week under the sun -yes shocking – I’ll be keeping the feel of the AGR sweaters in the back or my mind to remind myself of this priority purchase for when the warmth will leave us again. If you are not a flamboyant person yourself, you might still want to get one for your boyfriend, girlfriend or Grindr date. Those are some hugging sweaters.

All looks from AGR SS23 via PurplePR 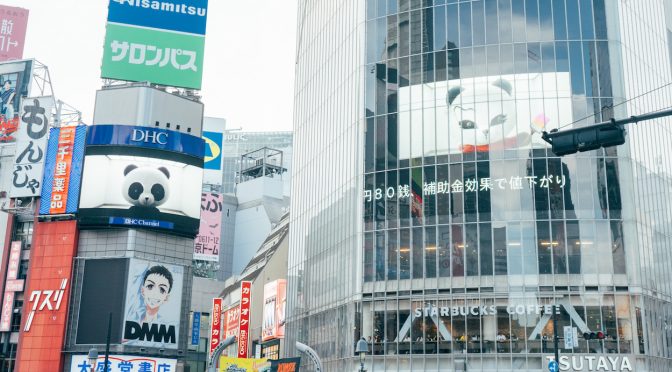 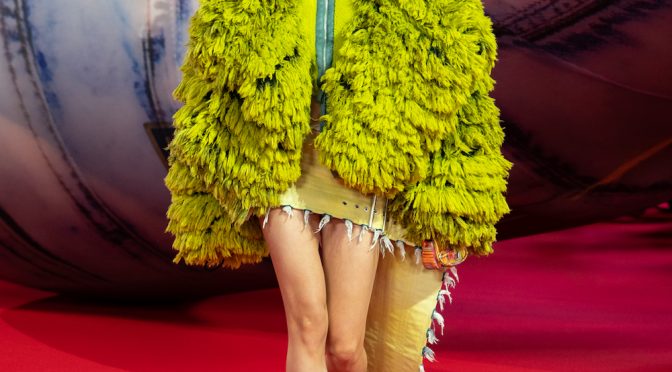