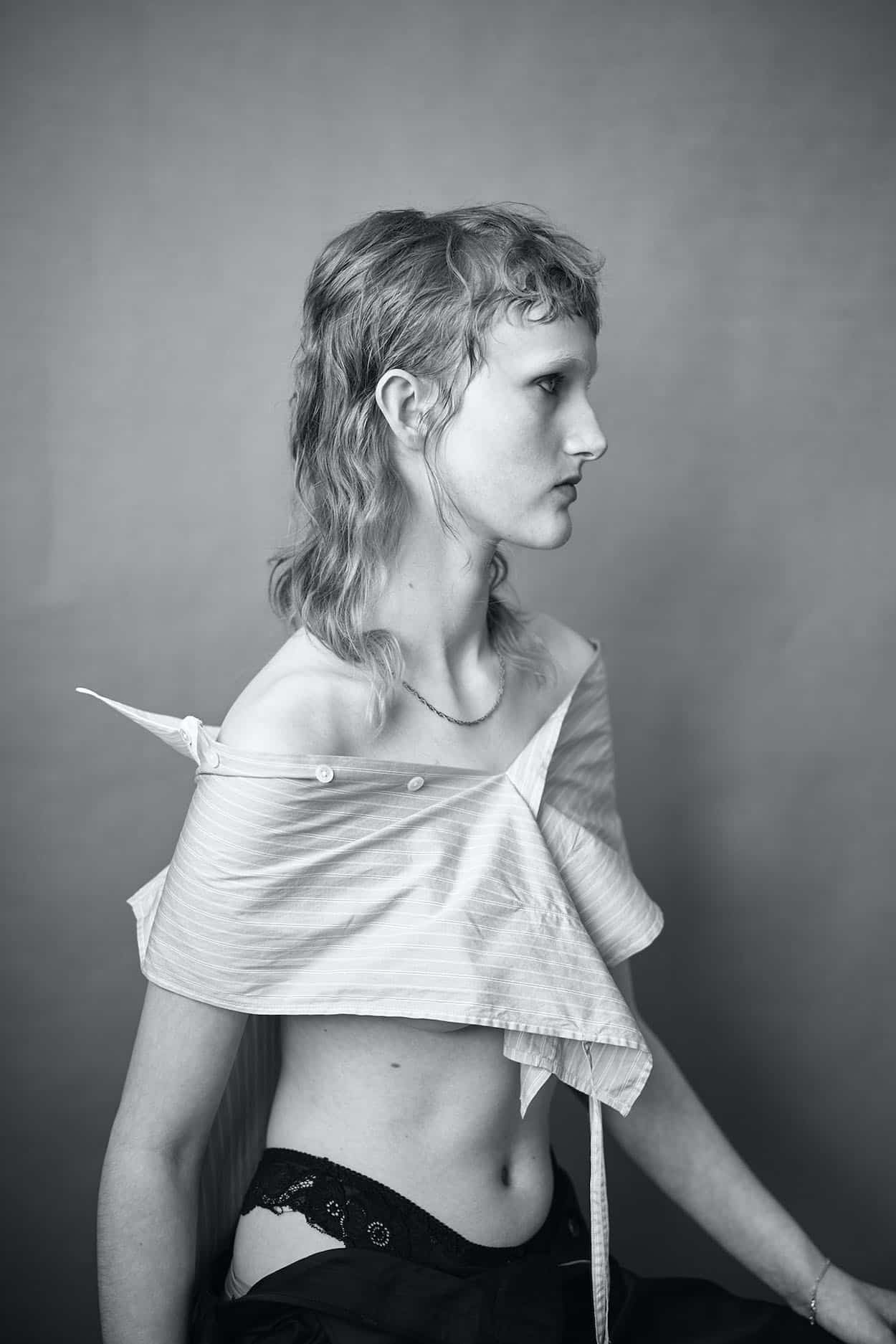 MARC O’POLO DINNER COLLECTION
MARC O’POLO invites you to THE DINNER, a holiday collection from fall/winter 2022. We imagine it’s Christmas and friends are getting together for a festive dinner, who haven’t seen each other in a long time. There is talk, laughter and small gifts are exchanged. Glasses are clinking, stories are told, and at a late hour there is dancing. The collection brings the new, enthusiastic festive mood and remains surprisingly casual. It’s decorated with exclusive jewelry in cooperation with designer Saskia Diez. For women it’s relaxed glamour. Flowing dresses, blouses with lace-up detail and crop tops made of silky satin, as well as wide-leg pants and skirts and a fine blouson in high-quality bringing festive feminity. The collection for men is modern and minimalistic. The highlight for men: a total look with a shirt in relaxed fit, trousers in jogg and a blazer – all in responsible Wool. A sweater with a patchwork knit structure and sustainable design approach, developed from leftover yarns are an eye-catching piece.

OUR LEGACY FALL 2022 LAUNCH
”I had this roughed up conservative style queued up, having a child in mind, looking up to the authority, feeling small…” – Cristopher Nying, Creative Director Our Legacy.

OUR LEGACY FALL 2022 is about adolescently observing authority. The story is playing with casual products, a classic wardrobe for men and women, a twisted view breaking down formal wear. Imagining a child’s idea of the uniform, of its teacher, of a banker, a parent going to dinner, an office worker commuting. The collection was captured by berlin based photographer Thomas Hauser.

DIOR MEN AW22 CAMPAIGN
The men’s line winter 2022/2023 explores DIOR’S heritage, reinterpreting it through the eye of modernity. The collections goes beyond the boundaries of time and builds a bridge between past and present. The creations generated by this dialogue are revealed in this poetic collection, which celebrates the spirit of Paris and the love of French fashion. The images captured by Rafael Pavarotti are a dreamlike setting, echoing time the show’s set. An image, romantic and dreamy at once, silhouettes combining the formal with the informal. The iconic bar jacket is reinvented and transformed into a long coat or black leather version, celebrating the timeless savior-faire of the house’s ateliers. Bags and accessories also bring a special connection between today and tomorrow. The saddle is adorned with embroidery, or transformed into a holder. The new DIOR Corolle Tote Bag can be also seen as a useful piece and the Men’s beret in several versions is a final surprise with an extra touch of elegance.

CARTIER X KELVYN COLT
Rapper Kelvyn Colt is negotiated as “the future of German hip hop” and inspires a new generation. He’s is committed to various CSR issues, including climate-conscious performances during his tours, and equality in the music industry. Icons are the branding of CARTIER – so is Kelvyn Colt. As one of the few Maisons with the special ability to create jewelry and watching collections becoming legends.
The different designs are based on four principles: Purity, precision, perfection of proportions and noble details.

GANT X WRANGLER
GANT X WRANGLER is bringing back modern Cowgirl and Cowboy fashion. Both brands were founded in the 1940s, and both helped define the beginning of American Sportswear. For the Fall/Winter 22 collection, these two worlds come together to celebrate the signature classics of American style. In 1950s America, WRANGLER and GANT were instrumental in the development of casual Americana design. While Wrangler embodied the Western lifestyle with products like Western jeans, jackets and shirts, GANT shaped the preppy style with its clean button-down shirts. The stories may be different – Wrangler dressed rodeo stars and ranch hands, while GANT defined the Ivy League look – but both have a cultural impact. The CAPSULE COLLECTION includes men’s and women’s denim pants, apparel and accessories, mixing the preppy style of America’s East Coast with Western denim. The pieces include bootcut jeans with college patches, a jacket with Western embroidery and a faux fur-lined denim jacket inspired by rock legends of the 1960s and 1970s. The DNA of both brands runs through every piece of this collaboration.

EXQUISITE GUCCI CAMPAIGN RELEASE
Who are we? Who do we want to be? What are our desires? The EXQUISITE GUCCI CAMPAIGN tells an adventures story and brings the collection to life through fictional cinematic lenses. For Creative Director Alessandro Michele clothes are connected to human life and self realization. The collection is imagined as films able to convey a cinematography of the present: a result of stories, eclectic and dissonant, that can help the human and its metamorphic ability. The campaign is a manipulation of Kubrick’s images in a completely new framework. Add to that the inspiration and empathy that is only possible through the fictional lenses of the cinema. The EXQUISITE campaign is a tribute to cinema and to Stanley Kubrick, who inspired Creative Director Alessandro Michele. In an act of love, he decided to re-explore Kubrick’s films and bring this incendiary approach to the fore. With EXQUISITE Alessandro continue his attempt to mix the high and the low, this time coherently and synergistic with the grammar of the great director. The big questions about the meaning of life become pop images. Staying true to his creative practice, Alessandro took these films, reshaped them and populated them with his clothes, trying to create short-cuts. The dress designed by Laura Whitcomb, which Madonna wore in the New York spotlight in the nineties, fits into the gothic scenes of The Shining . The enigmatic darkness of the enigmatic ritual of Eyes Wide Shut embraces a Venus in fur adorned with sensual bourgeois beads. Finally, dangles the most dreamlike evening dress with soft tulle ruffles into the aseptic and dystopian space of Discovery One in 2001: A Space Odyssey. This situationist play mixes historical plans, references, experiences. The past explodes into the present.

DAILY PAPER x ADIDAS LANCIEREN 3RD KIT VON AJAX AMSTERDAM
This new collaboration between AJAX, DAILY PAPER and ADIDAS releases the 2022/2023 AJAX third kit, that will be seen at Champions League, to recognize its impact on the sense of belonging and community in Amsterdam. The golden jersey design celebrates the street football culture of Amsterdam and pays tribute to the 10 most famous ball fields “Pleintjes” in the city, where former and current Ajax greats such as Frenkie De Jong, Matthijs de Ligt, but also legends like Edgar Davids or Johan Cruyff have been discovered. According to many, this is the place where the offensive style of play that Ajax is known for has its roots. The predominantly golden jersey features smoky black watermarks of this 10 most prominent street football courts. The red and black vertical bar, and white Ajax crest and sponsor logos, reflects the colours of the loved city flag. It also mirrors the vertical red bar of the iconic Ajax home jersey. To this day, Amsterdam is where future stars find inspiration from the generations before them, where technical skills and creativity are celebrated and where talent is nurtured.

MONTBLANC – “ON THE MOVE” BRAND CAMPAIGN WITH CILLIAN MURPHY
ON THE MOVE MONTBLANC introduces new brand campaign starring actor Cillian Murphy and celebrates mobility and the power it has to help us leave our mark. MONTBLANC exists to inspire people to live a life of purpose and passion, leaving a mark on the world by following what truly moves them. Montblanc’s new campaign, ON THE MOVE, articulates a new vision of mobility that stands for Montblanc’s DNA: the way we move inspires the impact we make. Cillian Murphy moved through life making his own bold decisions, choosing his own direction on his path to success. In one hero film, he can be seen moving through a world that moves in a different direction to everyone else’s. By doing so, he reveals that following one’s passions is likely the right direction to move in. The campaign shines new light on a every day journey and symbolizes an evolution for the brand and its vision for mobility. The campaign features products from Montblanc’s brand-new collections, to inspire people to follow their own path and accompany them on their journey, Cillian Murphy is seen sporting the Montblanc Extreme 3.0 backpack with the M Lock 4810 clousure. Further products featured include a StarWalker BlackCosmos writing instrument, the new Summit 3 smartwatch and the Montblanc 1858 GMT Automatic watch.
In addition to Cillian Murphy, Emma Roberts and Hugo Marchand, among others, are also in front of the camera for the campaign. 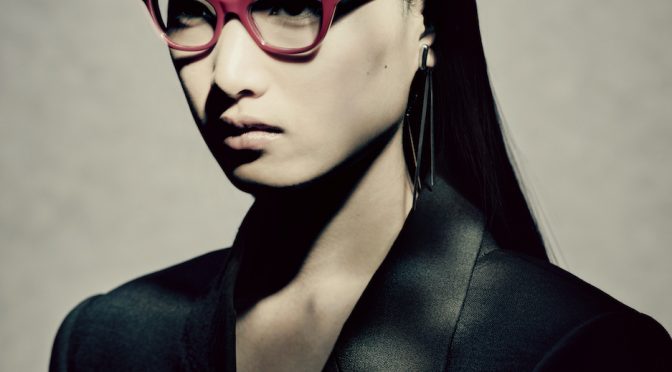 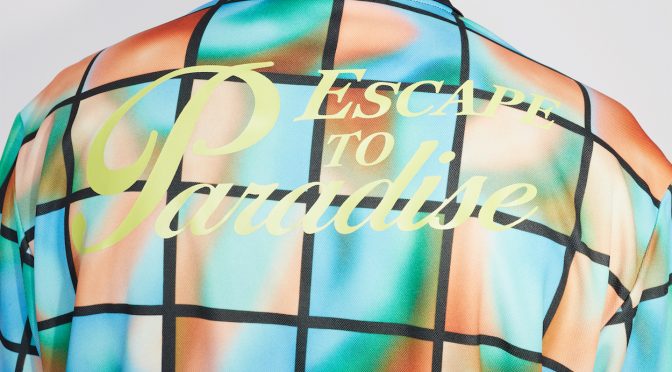