Working across disciplines and practices for over thirty years, Kim Gordon created a path for many female artists. Starting her career as an artist and musician at a time when women weren’t well-represented in the punk-rock scene, she has kept her mindset of deconstructing and dismantling ever since. From Sonic Youth to her solo career as an conceptual artist, with a few detours into the world of fashion (sense her ongoing relationship with Marc Jacobs), Kim Gorden always opted to explore new creative avenues.

You can view her latest art currently on show in Kriens, Switzerland or see Kim Gordon live on stage performing her album “No Home Record”, still proving her work is ahead of time, always evolving.

Currently still on tour after releasing your first solo album 2019, frequent art exhibitions at 303 gallery in New York, the last one in 2020, and you also wrote your autobiography a few years back – What are you currently working on?
I’m having a show at a small museum in Switzerland, called Museum in Bellpark. I’ve done some kind of word paintings, printed fabric that is painted with real estate advertising slogans. Especially in Los Angeles, it’s a city that was spawned by real estate. Starting in the 1870s, they were advertising in the Midwest, you know, come to Paradise, basically. Right now, there’s such a big wealth gap in America. And the only people who can really afford to buy a house are the middle class, or you had to have had money passed down from your parents or it’s hedge funders or companies who are buying up houses. The artworks are sort of about gentrification, I guess.

Sounds like you are as political as always in your work.
I guess I’m concerned, like a lot of people, about inflation and the war in Ukraine, which feels like we should be more supportive towards negotiations rather than just sending weapons. And what that’s going to do to the economy of the whole world. It’s just a tough situation.

Do you think all art right now has to be political?
I don’t think so at all. I mean, there are many ways to be political, not just with art. In fact, my favorite kind of art is unpolitical. People need to escape, also.

Besides being political, what is one thread that always runs through your work, as it is quite diverse?
In some way I’m always interested in the idea of privacy and the public sphere. I mean, I am somebody who has kind of a large audience as a public persona and always felt a certain kind of ambivalence towards it. I’ve been making short films, too. And one of them is also in the upcoming show. It’s in a giant mansion, lots of space. It has fireplaces and all the old molding. Starring me just wearing a guitar plugged into a small amp, but just doing kind of everyday activities. Cooking in real time. And then sleeping, vacuuming, cleaning the bathtub. It’s a bit inspired by Chantal Akerman.

Because you also mentioned that you’re now doing written words on your art – How is it different for you creating visuals, audio and written content?
Music lets me express emotions in a very expressive way, words are more idea oriented for me. This form of art started with names of noise bands I put on canvases. I like the idea of taking a canvas, that has a certain value attached to it, and putting obscure names like noise bands into that context. The real estate paintings are kind of just evolving these in a different way. It’s something that’s figurative and abstract at the same time.

Your last solo exhibition at 303 gallery was also about surveillance, privacy and technology. What is your opinion on social media?
It always feels like technology moves the culture forward. There’s this idea that we’re also evolving as people, which I don’t think is true. I find it interesting how social media uses psychology to try to sell products, sometimes an ad copy can read like a poem.

When you think about your time in the eighties and nineties and Sonic Youth, do you think social media could have been a nice addition?
I think definitely the internet’s made a big difference on the way music got released. Since the late nineties, you can just create something up on your computer, make music in your room, and get it out. The DIY-music-scenes in the eighties and early nineties were also kind of community based like social media is today. Bands were coming out of cities like New York, but more so in suburb communities, where the hardcore scenes weren’t in the public eye and very connected. Only when MTV radio discovered alternative music and marketed it there was money to be made.

With many teens nowadays rediscovering indie rock from that period, connecting through social media over it, what would you like them to take away from this music?
That anything is possible in a certain way, that you don’t have to have a certain sound.

In what sense do you still connect to your younger self going to art school?
I’m still interested in the same things I was. My dad was a sociologist, and I think that influenced me back then. I remember looking at his bookshelf and one was called “Men and their work”. And I was thinking, what does that mean? And why isn’t there a book that’s about women? But there obviously wasn’t such a perspective in the sixties or whenever that book was written.

In your book Girl in a in a Band you wrote about the so-called male gaze and your experiences as the female band member. Would you say that you’ve now managed to turn this around?
I’m in an all girl band now, almost by accident. They’re musicians and they’re really great. I don’t think about it that much, but I noticed being on tour with only women, it’s just kind of a more relaxed atmosphere. The female gaze is now kind of more interesting to me as men have become more like women were always portrayed to be. They don’t have to be like this successful white male from that show Mad Men anymore. There is a whole conservative movement now in America that blames all of that on feminism, kind of funny and interesting, but horrifying at the same time. 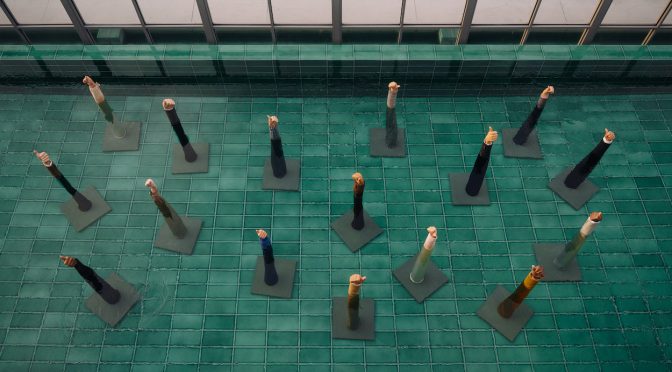 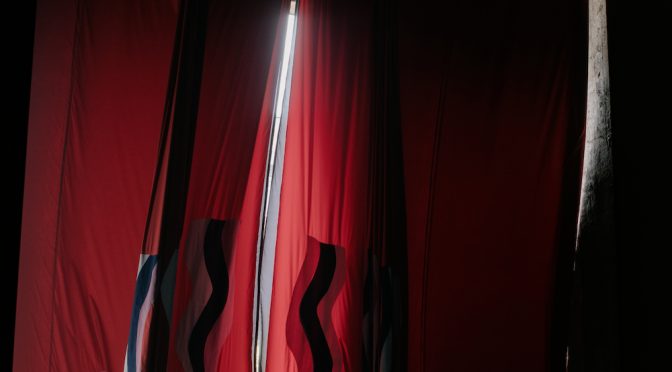