RAF SIMONS TAKES OVER PRINTWORKS FOR HIS SS23 FASHION SHOW 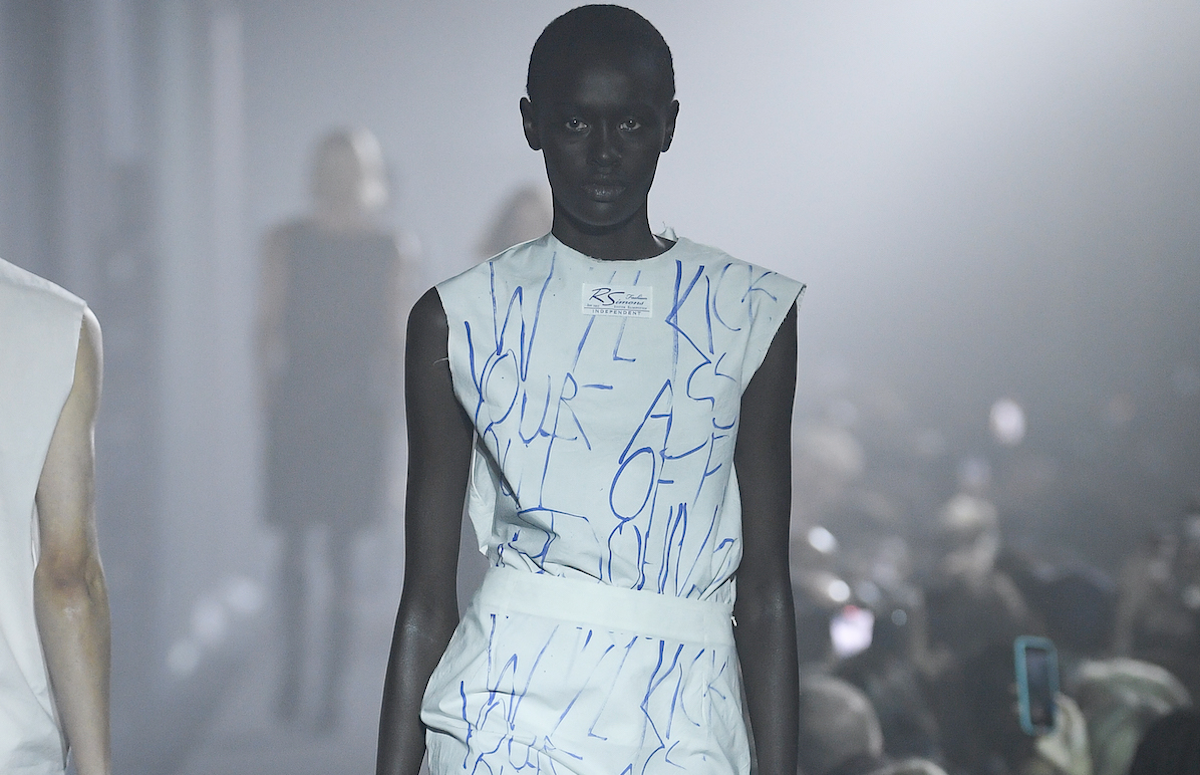 It is outside of the official fashion week planing that Raf Simons showed his SS23 collection this week. Indeed, the Belgian designer’s first show in London was delayed after the passing of HRH Queen Elizabeth the II which affected this year’s edition of LFW in its process as the country entered a period of national mourning.

For this historical relocation to the British capital, Raf’s took over Printworks, one of London’s most iconic techno club. The guests were welcomed in the venue as if they came for their usual rave night, entertained by DJ sets. No seats in sights, this isn’t a fashion show but a party, a celebration of London’s underground rave culture. The night goes one until the light were dimmed, and the bar, turned into a catwalk.

From this particular ambiance, rave clothes were highly expected, but Simons switched it all up again, it would have been too predictable. Instead, the fashion is actually more modest than in some of his previous collections, and a clear silhouette appear, tighten at the bottom while the tops are loose, enlarged, oversized.

What a tailoring job. The models are hugged in wool jackets and popeline shirts. If the materials used in this collection are quite classic, the cuts are thought through with sleeveless jackets featuring shoulder pads peaking, raw edged hems, and pants made from only two hanging panels of fabrics -in their simplest, purest, form-.

“Ease and physicality. Fine-gauge knit and stocking fabric delineate limbs in a second skin. Combination bodysuits, drawn in close, streamline and simplify the silhouette. Belts and buckles seem to promise revelation at their unfastening. Slithers of skin on display, between layers of cloth.” Write Alexander Fury in the brand’s press release.

Prints from the collection are made with artworks from the artist Philippe Vandenberg whose drawings and paintings are known to denounce humanity. Those also match the print sent as an invite to attendees.

The collection may not be rave-themed but we are given nods to it via mesh tops, leather boots and most of it a vindictive ambiance seen through the reemployment of Vandenberg’s work whose main theme is man’s struggle with himself and others.

After the final, club music starts again, the dance continues and Simons humbly join the crowed -with a well-deserved cigarette- Thanking the guest for coming. 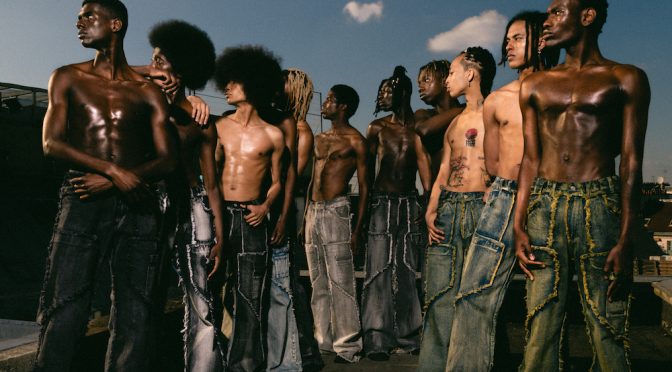 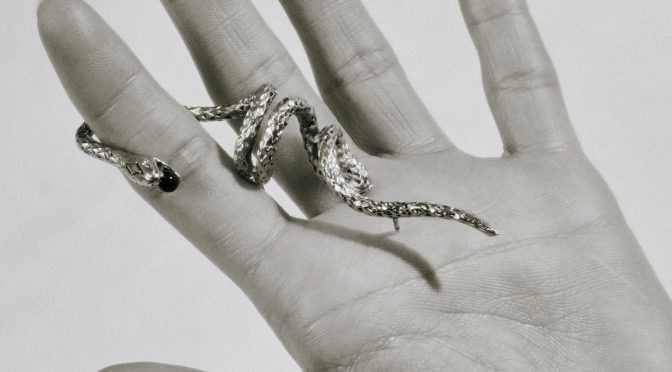