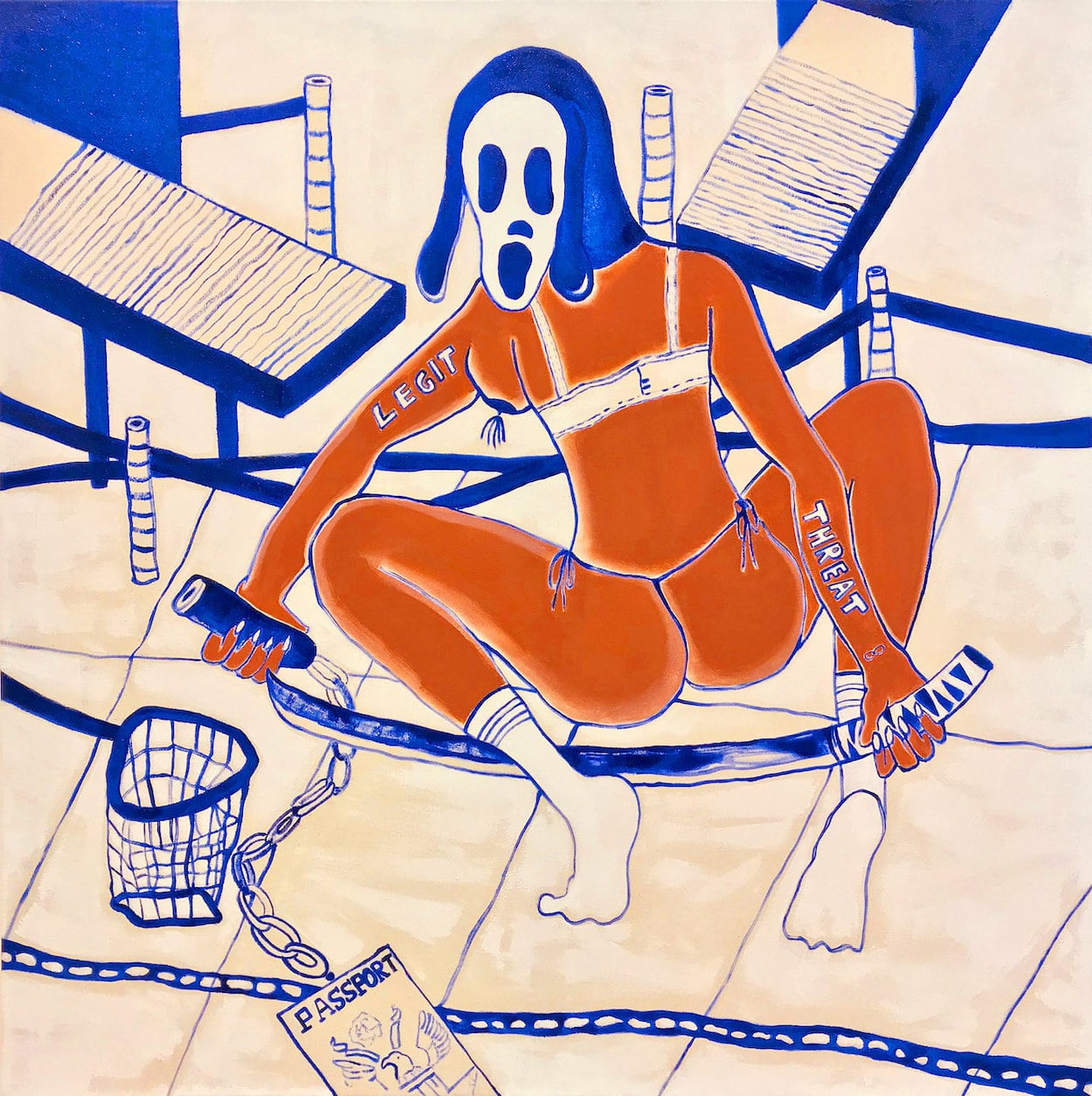 “Titled ‘Legit/Threat,’ the painting visualizes a tense airport situation in which having the wrong appearance and not having valid travel documents is simply not an option. Passports suddenly turn into weapons, international mobility is threatened and subsequently life goals and aspirations as well,” writes Nicholas about his work, first exhibited in Düsseldorf in 2018. In the last few years, Grafia’s practice has increasingly shifted towards one that seeks to combine mainly painting, time-based media installation and performances, which are frequently done in collaboration with Polish artist Mikołaj Sobczak, in order to discuss the creation of psychological, cultural and political memory, as well as processes of social othering, ex- and inclusion.

The Düsseldorf-based artist moreover questions our ways of seeing, interpreting and experiencing possibly internalized stereotypes in gender perception as well as underlying hierarchies in the formulation of sexual and racial identity. Placed in the center of his diverse artistic investigations are, among other issues, how public mediation systems and political agenda setting reproduce social inequality, chauvinist and racist marginalization, especially on a structural and daily basis, as described in the airport scenario of his painting “Legit/Threat.”

Many of Grafia’s figurations, painted or performatively staged, reveal versatile characters and storylines: Double-headed Janus characters, shapeshifters placed in countercultural contexts in which spaces of night life, street culture and mythology overlap, as well as cartoonish figures negotiating notions of popular and mass culture, Western iconography and Southeast Asian folklore and beliefs in deities. All these worlds collide and unfold a diverse layering with no fixed end or beginning to what we recall as stable archive of cultural history, identity and governance.

Now and then, time stands still. We are just too busy to notice.