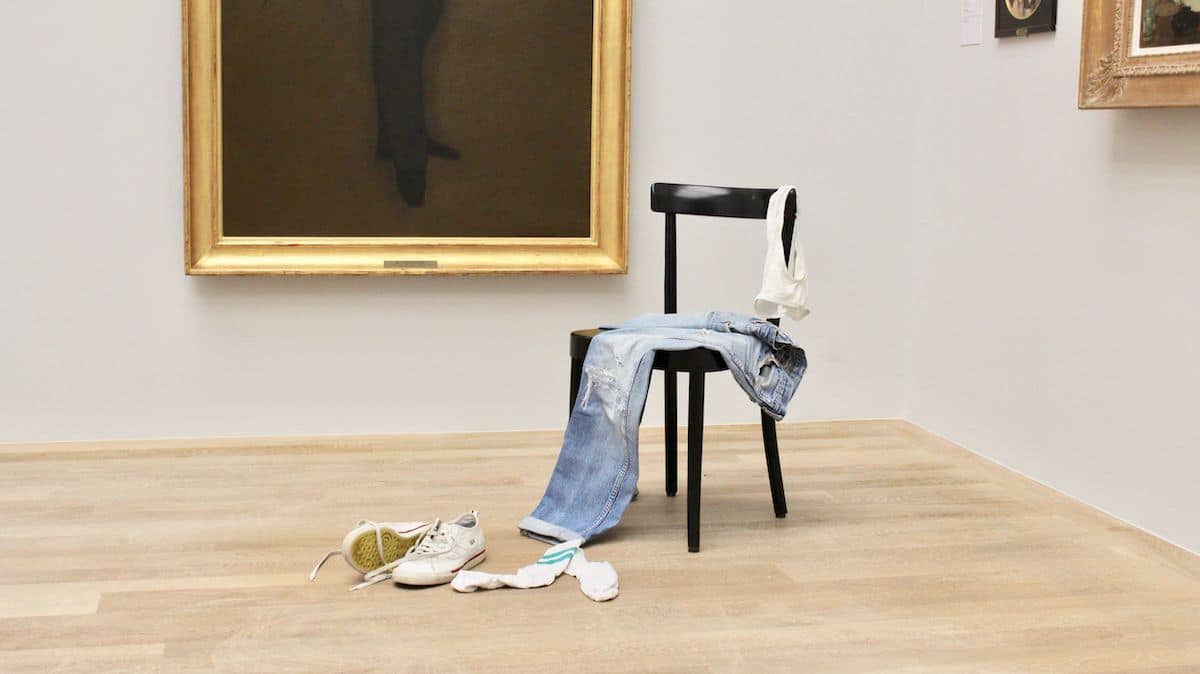 He is not a boy, not yet a man. There is this ephemeral state of beauty that appears in a transitional moment when growing up. That moment of youth has been widely celebrated in the fine arts for centuries, though it has also been widely abusive. Many young men have noticed the social and human capital of the young body in a system where older men and women ask for it, find some kind of stimuli in it. These systems of attraction and power interrelations have been reflected in texts by artists and thinkers such as Pier Paolo Pasolini and Hervé Guibert, French writer and close friend of Michel Foucault. The Swiss artist Joachim Perez has dealt with similar reflections in his artistic work that is a 2D to 3D exploration of textile, linoleum, installation and performance. His multimedia approach stirs up investigation around the history and the gaze of the youthful male body. Perez works in large scale textile with embroidery, often depicting classical architectural and figurative references sewed into diverse fabrics, unfolding an ambiguous narrative of a young male body in semi-abstract space, a tectonic world that is made to be conquered by males and also made for them to be devoured in.

Perez installs them not only against a wall, instead he arranges them sculpturally, so they become a body in itself and inhabit the exhibition spaces: They may be hanged from the ceiling, folded, crushed or rolled up, or in an open space, often with his own body performing in it. Recently, in a show in Berlin, they were in window displays on walls, strongly interacting with light, leading to surprising ways of perceiving the tapestry. Another body of textile work is like a long, shaped scarf that collects symbolic and figurative gestures delicately sewed into the fabric that narrate a short story. While the imagery of the embroidery is added to the textile, the linoleum series come to life through carving. Here again the figures are an interplay of give and take. Perez says about his work: “My figures come from an internal dialogue around masculinity and the complexity of sexuality. I construct narratives that question our gaze and tendency to both desire and reject eroticism. My works contain my desires, my cravings and the images that arise from what I read and experience.”

Now and then, time stands still. We are just too busy to notice.