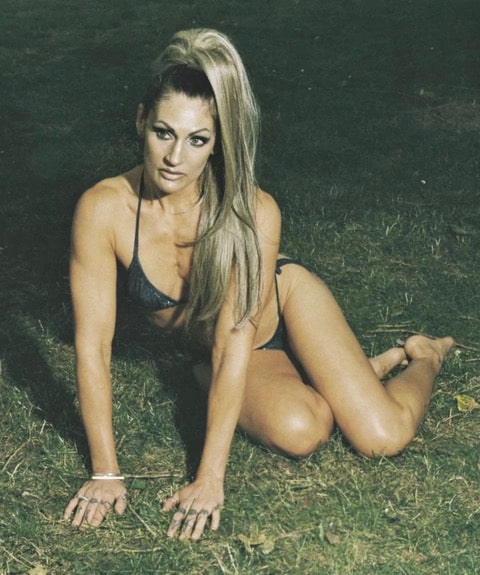 CORE – “ part of something that is central to its existence or character.” as defined by the English dictionary, perfectly encapsulates the air around London-based photographer Celia Croft’s debut Photobook alongside Art Director Kate Kidney-Bishop. A bronzed, diamante-encrusted Ode to the women of the UK’s bodybuilding community, ‘CORE’ flexes its muscles, championing the Glamazons competing across multiple divisions of an otherwise male-centric sport. The athletes dedicate a large portion of their lives to regimental training and structure, especially around competition season, all while being busy, hard-working women across their individual trades. Launched under female-run publishers CHERRYBOY , the book features 42 glossy images, chronicling the athletes in all their taut, stoic glory. Placed somewhere between stylized and documentary, Croft and Kidney-Bishop’s series documents the subjects in both fantastical hyperbole (donning hair to the ceiling and acrylic nails that could kill) as well as the reality of comradery they share between them.

Underneath the layers of golden tan, sparkly acrylic heels, and rock solid abdominals, what is really at the core of the project is a sense of subverting the archetype of femininity. Showcasing both amplified hyper-femme attributes paired with supreme physical strength, usually synonymous with men. These women wear their devotion to their craft on their literal sleeves in the form of rock-hard biceps and immaculately sculpted physiques typically seen on the marble sculptures of Michelangelo. Both avid spectators to the subculture, Croft and Kidney-Bishop’s objective was to portray the athletes as their utmost authentic selves letting them use their own competition bikinis and poses, merely embellishing them with quaffed bouffants, stark lighting and occasionally a prop sword. The book communicates the pairs admiration of these women in the playful sincerity of the body of work, amongst images of muscle flexing, glitzy headshots and playful set-ups, small glimpses of the women interacting with one another, posing for selfies reveal the sense of kinship amongst a group of athletes who are usually competitors.

But who are the women behind the sculpted wigs and glittery quads? Found through surfing Facebook groups and bodybuilder forums, Croft and Kidney-Bishop strung together their squad of muscle mavens through social media and word-of-mouth recommendations by the women. “I just had a message through Instagram. I went down to London for the first shoot and they told me roughly what kind of things to bring. The second shoot they came to Norwich we did it near my local gym.” explains the book’s covergirl, Norfolk based professional dancer and PT Vicci Lee. “The pictures I’m really proud of, I couldn’t believe it was me. It was just insane and it was great to work alongside such talented girls who knew exactly what they wanted.” This kudos also shared by one of the other main faces of the project Andrea Beers, “I loved their quirky twist … the girls were so great and it was an absolute pleasure to work with them, I’m very honoured and very privileged I was able to take part in it.” A Hairdresser by day and in her free time World Championship finalist (alongside accolades from competitions like UKBFF, IBFA and FITX) Beers revealed her roots as a dancer stemmed her start as a powerlifter, eventually progressing into competitive bodybuilding after watching a friend compete. A commonality shared both with herself and Lee being that they started training young as teenagers with dancing backgrounds, the women both furthered themselves through regimental training, Lee inspired by the physiques of athletes from shows like Gladiator and Beers with power-lifting began sculpting their bodies to superhero proportion, in the hope to kickstart their athletic careers.

This common-ground of hard graft and respect to the sport is what​creates the inherent sense of community that exudes from them, Beers gushed, “there is so much pleasure in seeing someone succeed and we may all be competitors but there is nothing but love and friendship backstage. You may be keeping an eye on the side to see what your competition is looking like but in the same breath, it’s brilliant… There seems to be a special bond somewhere.”

“It’s really great this book has come out to show female solidarity, I’m a big believer of girl power right from the spice girls in the 90’s, that is definitely my vibe always has been, it always will be!”

Both went on to reveal how even in one of the most visually gendered sports there is a level playing-field between the sexes, dismissing the idea that they face any gender-based obstacles or imbalances while in competition. “We all get treated the same, we all are treated really fairly at the shows, it’s all very well done, everyone has their moment to shine” explains Lee. Beers went on to clarify, “When it comes to bodybuilding and competing you’ve got to put the graft in so regardless of whether you’re male or female you’ve got to have your diet, training, off-season spot on. You need to train hard” The more the women explained, the more evident it became that the common misconception of female bodybuilders is that what they do is entirely rooted in the visual aspect. Yes, this is a key component, however understanding their sentiments to the craft, is to understand it’s a cathartic process of self-improvement and release, outside of the realm of vanity. The competitive aspect is just a symbolic pat-on-the-back for their hard work and determination, yet both Vicci Lee, Andrea Beers and all the women of the CORE project prove that the art of bodybuilding is an exercise in taking full autonomy of your body and smashing any binary idea of physique to create your own ideal, on your own terms.

CORE by Celia Croft and Kate Kidney Bishop is out now, published by CHERRYBOY. 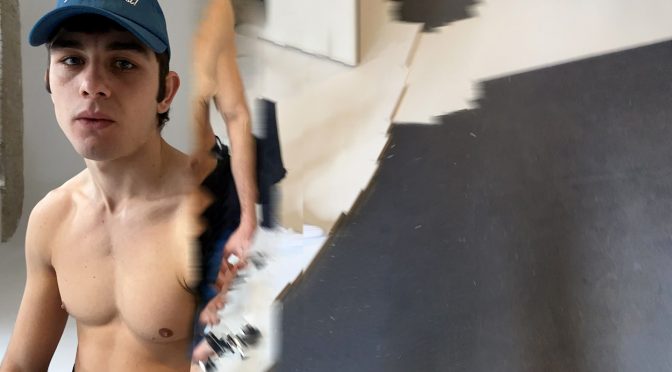 Vestiaire Collective, one of the global players o … 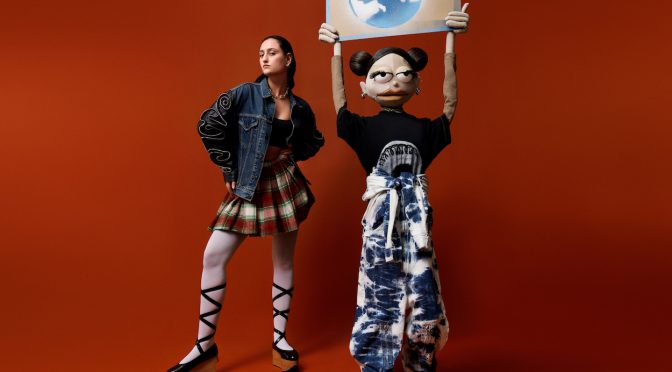 VESTIAIRE COLLECTIVE AND THE NEW SPIRIT OF PRELOVED FASHION

Vestiaire Collective, one of the global players o …